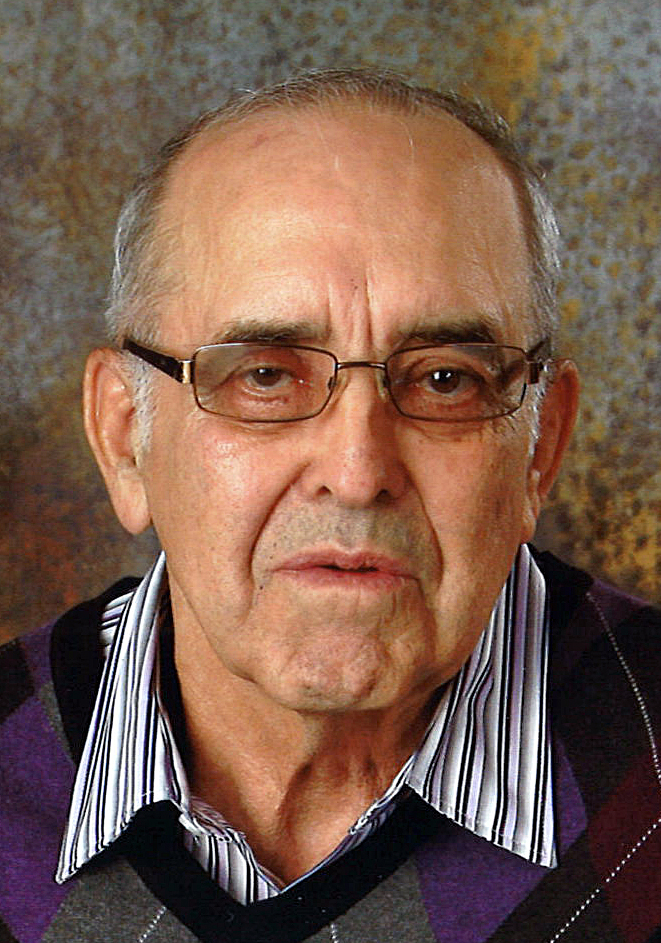 Please share a memory of Ronald to include in a keepsake book for family and friends.
View Tribute Book

Ronald Paul “Ron” Schuttloffel was born on December 22, 1937, in Sioux Falls, SD to Emiel J. and Helena C. (Roemen) Schuttloffel. He spent his youth in the Larchwood, IA area and attended St. Mary’s Catholic School in Larchwood, graduating in 1956.

In February of 1962, Ron began serving his country with the United States Army. Following his honorable discharge in 1964, he returned home and began farming on the Schuttloffel home place near Larchwood. He was united in marriage to Lorna Ahrendt on May 20, 1967.

Ron farmed near Larchwood for 43 years, then moved to Rock Valley, IA for 17 years, eventually relocating to Hartley, IA in 2018. When Ron retired from farming, he was employed at Grand Labs located near Larchwood.

He was united in marriage to Henderene “Henny” (De Vos) Meendering on October 7, 1995, at Primghar, IA. Family gatherings required a few more places at the table when Henny’s six children and Ron’s three would get together. They made their home in Hartley where Ron was a member of St. Joseph’s Catholic Church.

In his retirement years, Ron spent many hours at his workbench creating woodworking projects for family and friends. He could also be persuaded to grab his fishing pole and head for the water. A good jigsaw puzzle could keep him entertained for several weeks when it was too cold to be outside. Having served in the military, Ron was selected to participate in the Honor Flight program in 2018; an experience he would never forget.

On Monday, August 22, 2022, Ron received his reward in Heaven at the age of 84 years. Preceding him were his parents, Emiel and Helena Schuttloffel; his brothers: John, Edward, and Cletus Schuttloffel; sisters: M. Anita King, Dorothy Turmes, Therese Langfeldt, and Rose Marie Schuttloffel; a granddaughter, Jessica Hyser; and a great-grandson, Kai Klaassen.

Share Your Memory of
Ronald
Upload Your Memory View All Memories
Be the first to upload a memory!
Share A Memory