Our professional staff is ready to serve your family and exceed your expectations. 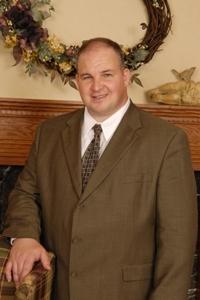 Kent Billings
Funeral Director, Mgr.
Kent Billings - Kent joined the staff of the Sanborn Funeral Home in April of 2003 and resides in Hartley, Iowa. Kent is currently the manager of the Sanborn and Hartley Funeral Homes. He is originally from Estherville, Iowa. Kent is a graduate of the Worsham College of Mortuary Science. Kent is a licensed funeral director in Iowa, Nebraska and Minnesota. He is a member of the Hartley Lion's Club and he and his wife, Jamie are members of St. Paul's Lutheran Church in Hartley. The Billings' have three children: two son's, Joseph and Alexander and a daughter Kate. 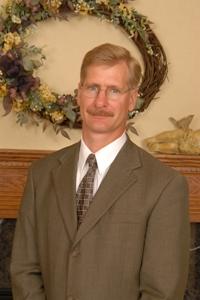 Dwayne Camarigg
Assistant
Dwayne has served as an assistant at the Sanborn Funeral Home since 1993, and also at the Hartley Funeral Home since it opened in 2004. He and his wife, Libby, reside on an acreage near Sanborn and have three children: Teague, Elicia, and Ethan. Dwayne is a graduate of Northwestern College at Orange City, Iowa. They are members of the First Presbyterian Church of Hospers.

Paula Schmidt
Assistant
Paula has been with Sanborn & Hartley Funeral Homes since 2012, assisting at both locations in the office, as well as with visitatiions and funeral services.

She earned a degree in Commercial Art from Hawkeye Institute of Technology at Waterloo, Iowa, and was employed as a graphic artist for 35 years with Land O’Lakes, Inc. based in Minneapolis, Minnesota, and Printing Services, Inc. out of Belmond, Iowa; both having facilities in Ft. Dodge, Iowa. Relocating to the Sanborn area in 2008, Paula now resides on her family’s Century Farm north of Sanborn.