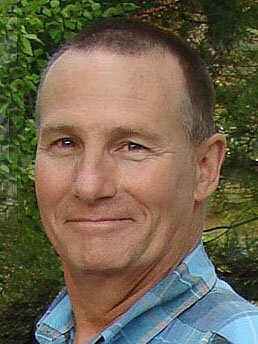 Gathering of Family and Friends

Please share a memory of Daniel to include in a keepsake book for family and friends.
View Tribute Book

Daniel Joseph “Dan” Sweeney, first of five sons of Joseph and Judy (Koepp) Sweeney, was born February 22, 1962, in Hartley, IA. He spent his youth on the family farm near Sutherland and received his education there, graduating with the class of 1980. While in school, Dan participated in football, baseball and track, and was named Homecoming King his senior year. He had been involved with amateur boxing during high school and continued to box well into his sophomore year at Iowa Central Community College in Ft. Dodge, IA. He participated in the Bar Circuit and won all but one match, which was declared a split decision.

Being the restless one, Dan ventured to Texas with friends to work for a while before returning to Iowa. Shortly after, he moved to Denver, CO where he was employed by the United States Geological Survey as an exploration driller. There, he met the love of his life, Karen Mayerchak; they were married April 28, 1990. Four and one-half years later, they welcomed twin girls, Brenna and Taylor, to the family. Eventually they relocated back to Iowa to be closer to family and Hartley became their home.

Dan worked for Treimer’s Insurance as an agent for many years; affectionately known as “Secret Agent Dan”! He also worked as a farmhand for Brent Rieck and loved every minute of it. He was truly a farmer at heart and was happy to be outside getting dirty.

Dan had been involved in many community organizations in Hartley, was a Hartley Day Care and HMS Athletic Board member, and served as Chamber of Commerce president for four years. He was active in Hartley United Methodist Church functions as well as the Hartley Summerfest. He and Karen followed the girls through all their school and athletic activities, sometimes running in two directions to cover each event.

In 2013, after the twins graduated from high school, Dan and Karen set out on a new adventure in Northern Minnesota called Pine Ridge Resort of Akeley. This was truly Dan’s dream. He loved being at the lake - the trees and foliage, the loons and the guests he served. He told his right-hand man, Garrett, his favorite thing to hear was the children laughing at the resort. In the summer of 2016, Dan was diagnosed with throat cancer. Due to the extent of the disease and the treatment required, Dan and Karen had to give up the resort and return to Iowa to be by family for the support they could offer.

Dan fought hard for six years and was determined to do anything necessary to remain in this world as long as he could. He was an example of perseverance and strength for all who knew him. He loved life, a good laugh, a fun golf game and the people around him he whom he treasured most.

Despite his efforts, Dan went to be with his Lord on May ­30, 2022. He now joins his mother, Judy Sweeney; his brother, David Sweeney; grandparents: Clarence and Lucille Sweeney, and Al and Pearl Koepp.

Thankful for having been in his life are his wife of 32 years, Karen Sweeney of Hartley, IA; twin daughters: Brenna (Garrett Werlinger), and Taylor Burns and son, Ryder “Little Man”; his father, Joe Sweeney; brothers: Steve, Doug (Char), and Chris (Melissa) Sweeney; many other relatives and a host of good friends.

Share Your Memory of
Daniel
Upload Your Memory View All Memories
Be the first to upload a memory!
Share A Memory