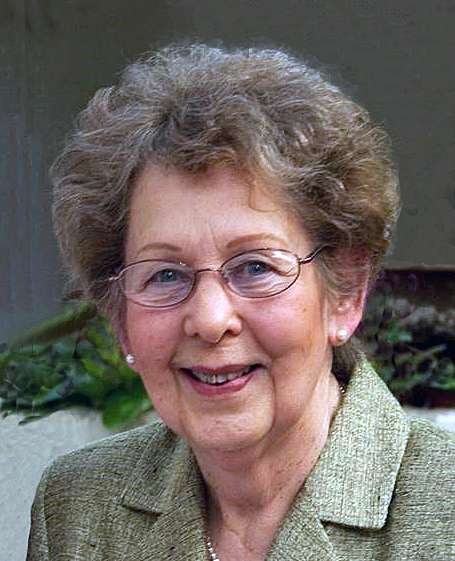 Please share a memory of Joan to include in a keepsake book for family and friends.
View Tribute Book

Joan Goetsch peacefully passed away after a well-lived life of 94 years.

The daughter of Hendrina Wilhelmina Van Eldik Harmelink (known as Minnie) and Gerrit Harmelink, Joan was born at home weighing only 1 lb. 15 oz. Joan credits her survival to her feisty Grandma Nellie who, with strong determination, kept her going through those fragile first few days. It was a miracle that Joan survived, and for all who knew, loved and were touched by her, we are eternally grateful.

Joan was a graduate of Rock Valley High School and received her college degree from Central College in Pella, Iowa. There was a teacher shortage after WWII and a neighboring town, Hartley, was needing a 4th grade teacher. Joan applied and was interviewed by the President of the School Board, Adolf Goetsch, and immediately landed the job. Mr. Goetsch’s son, Gerald, soon took note of this new addition to the staff, and the courtship began. A patient listener who also enjoyed a good laugh, Joan was attracted to this family of conversationalists. Gerald and Joan were married in 1948, built their own house, became actively involved in community leadership, and raised two children, Jerry and Mary.

Between their Iowa years, Joan and Gerald spent nearly fifteen years in California, at which time Joan was accepted and began her college nurse training. At the time she enrolled, Joan was in her 50’s. She was the oldest graduate of her year and finished as the top ranking student in the class. Joan was always proud of this and was never afraid to embrace multiple careers, which was still quite uncommon for women of her generation.

Several years later, Joan announced to her family that she had always wanted to own a women’s clothing shop. Enthusiastically, everyone pitched in and the business S. Safari opened its doors. The shop was a success and soon there was a branch store in Carmel, California.

Always one to make a friend and participate in her community, Joan was active in organizations and took her turn as president of most of them. She was a founding member of the service club, Yeltrah (Hartley spelled backwards), an active member of Eastern Star, a loyal P.E.O. and was delighted to be the oldest President of a P.E.O. chapter in Iowa the year she assumed the role in her mid 80’s. She found pleasure in her quilting group and serving on the Library Board. Joan and Gerald were members of Trinity Church, for which they donated the land where it stands in Hartley today.

For those of us who at any point in our lives stepped into Joan Goetsch’s home, no matter how frequently or periodically, her housekeeping was legendary. She was an accomplished cook and constantly experimented with her collection of cookbooks. Her attention to detail in embroidery and sewing can still be traced through the cherished quilts and dresses carefully worn, ironed, and looked after by younger generations of family and friends who spent hours under her tutelage, whether earning State Fair ribbons, imagining and creating dolls’ clothes, or even crafting Victorian clothes for Charles Dickens re-enactments.

Joan embodied the gift of hospitality, displayed quiet assurance and was a keeper of confidences. She was an avid reader, loved a good biography, and often read 100 books a year. Her Dutch heritage was important to her and she delighted her grandchildren with the Dutch phrases she retained from her childhood. She never passed on the opportunity to give a room a good Dutch clean. Joan loved hymns and found delight when her brother, John Harmelink, and the Rock Valley relatives came over for some joyful singing around her piano.

Due to the pandemic, a celebration of life will be held at a later date. Donations in honor of Joan may be made to Hartley’s Community Memorial Health Center.

Share Your Memory of
Joan
Upload Your Memory View All Memories
Be the first to upload a memory!
Share A Memory