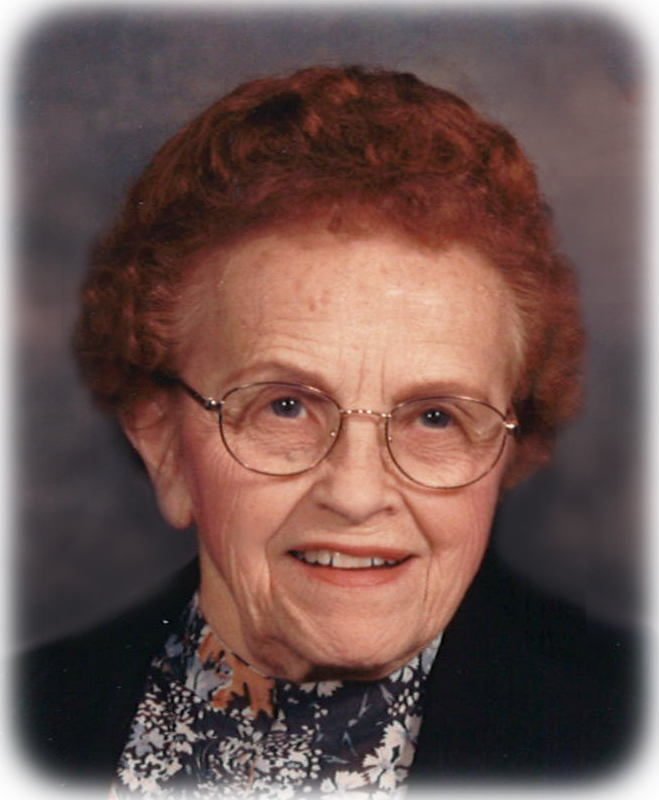 Eileen Kathryn Clark, 99, of Hartley, Iowa, passed away at the Community Memorial Health Center in Hartley on October 4, 2018.

Eileen, the daughter of James and Erna (Brechler) O'Brien, was born at Ayrshire, Iowa on March 1, 1919. She received her education in Ayrshire and Graettinger, Iowa, graduating from Graettinger High School in 1935.

She was united in marriage to Merle Clark in 1938 at the Catholic Church in Graettinger. To this union one son, Terry, and one daughter, Patricia, were born. Following their marriage, they lived in Laurens, Iowa. Later, Merle was in the Navy, so they lived in many states. After Merle's discharge, they farmed in the Moneta and Royal, Iowa areas. They moved to Hartley in 1963. While living in Hartley, Merle was a painter. Eileen worked in Spencer, Iowa, and later worked at the Hartley Hospital and Nursing Home for over 30 years.

Eileen and Merle did lots of traveling and enjoyed their grandchildren and great-grandchildren. Being a great cook and baker, Eileen always had coffee and goodies for her guests.

Share Your Memory of
Eileen
Upload Your Memory View All Memories
Be the first to upload a memory!
Share A Memory