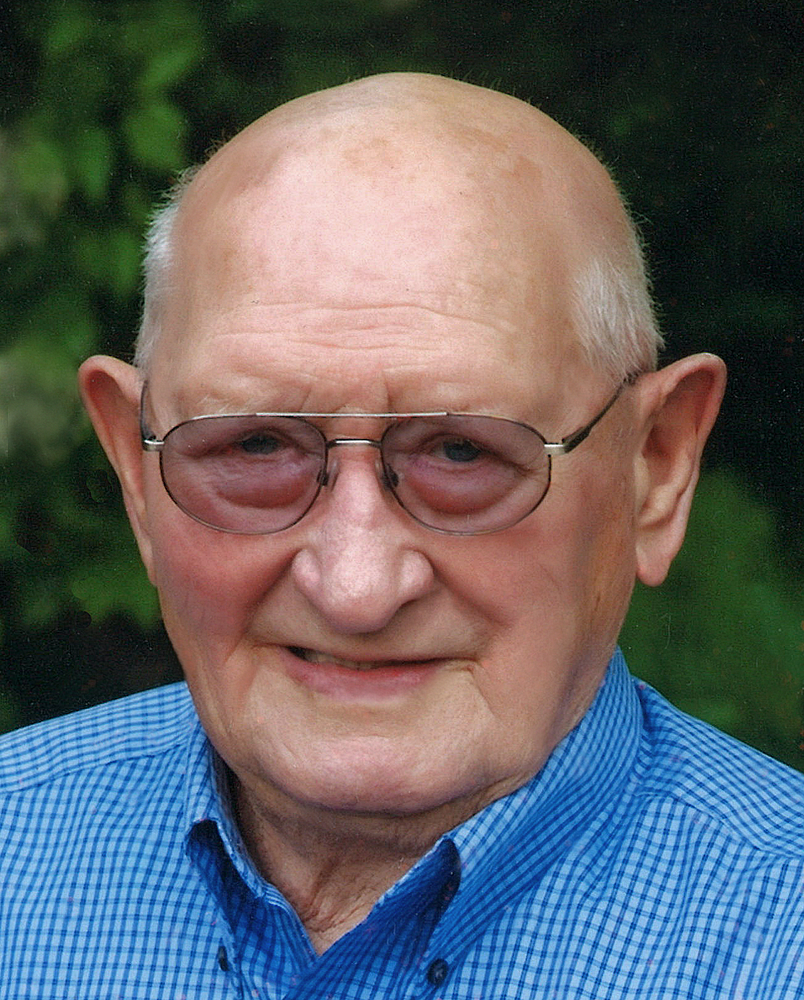 Please share a memory of Daniel to include in a keepsake book for family and friends.
View Tribute Book

Daniel “Dan” Alons, son of Ben and Maggie (Holtrop) Alons, was born on February 24, 1924, near Hospers, IA. He spent his youth in rural Sheldon, IA where he attended the local country school, graduating from the Sheldon Christian School.

On Thursday, June 20, 1946, Dan was united in marriage to Matilda Donkersloot at the Christian Reformed Church located in Sanborn, IA. The new couple farmed together near Sanborn for nine years, then purchased a farm in Osceola County in 1955, and called it “home” until retiring to the town of Sanborn in 1989.

Dan had been a member and officer of the Osceola Farm Bureau for 12 years. He had served as an elder while a member of the Christian Reformed Church and was a charter member of the Cornerstone United Reformed Church, both located in Sanborn. He had also generously volunteered many hours at Hope Haven Wheelchair Ministries in Sanborn, enjoying the company of the other workers as well as the satisfaction of helping out in this small way. Leisure time included bowling league and shooting pool with the guys on Saturday afternoons.

Dan’s family was his pride and joy. He and Matilda attended many of their grandchildrens’ school activities. They both enjoyed traveling and meeting new people, with Dan’s open and friendly personality you wouldn’t be a stranger for long.

In March of 2016, Dan and Matilda moved from their home to Prairie View Manor. After Matilda passed away in April, 2019, Dan decided to become a resident of Prairie View Nursing Home. Even through the entire Covid lockdown at Prairie View’s Campus, Dan never complained or lost his positive attitude. In spite of all the restrictions, he was always glad when his family and friends would stop by. He was a good example for all of us.

Memorials given in Dan’s honor will be directed to the

Share Your Memory of
Daniel
Upload Your Memory View All Memories
Be the first to upload a memory!
Share A Memory