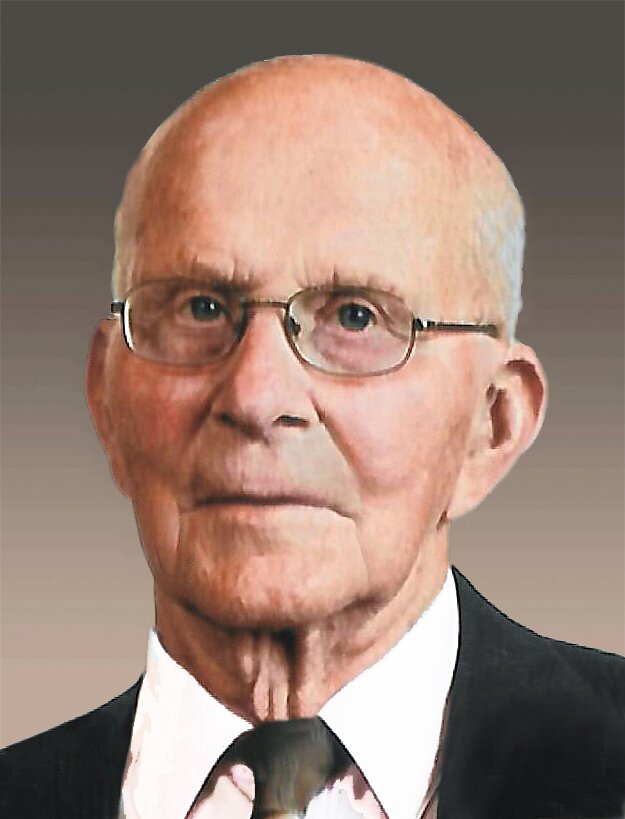 Please share a memory of Wayne to include in a keepsake book for family and friends.
View Tribute Book

Due to the agricultural depression, drought, hordes of grasshoppers and dust storms, the family relocated to a farm south of Harris, Iowa in 1935. In 1939, they moved to a farm four miles northeast of Hartley, Iowa. Wayne received his early education through the country school system; graduating from Hartley High School in 1944. During his school years, he had participated in football, school plays and men’s chorus.

Following graduation, Wayne farmed with his dad until he was drafted for military service in April of 1951. While in service, he trained in CIC (Counter-Intellegence Corp) at Fort Holabird in Baltimore, Maryland and attended Japanese Culture and Language School. He served his country with the United States Army during the Korean War, being stationed for a time in Nara and Kyoto, Japan. On April 3, 1953, he was honorably discharged and returned home to resume farming.

On December 18, 1954, Wayne was united in marriage to Sylvia (Weeks) who was the home economics teacher at Hartley High School at the time. Two children would complete their family: David and Sara. The major portion of their married life together was spent on a farm ten miles northeast of Hartley; calling it “home” and raising their children there until 1990 when they retired and moved into the town of Hartley.

After retiring, Wayne enjoyed helping David for several years with his livestock and grain operation. Having his grandchildren nearby and dancing with Sylvia to “Big Band” music were his main interests. To experience life outside Iowa, he and Syliva both enjoyed being part of several extended bus tours throughout the United States - from Alaska to Florida.

Wayne stayed involved with his community and gave back to it by serving for nine years on the Trinity United Church of Christ Consistory, 15 years on the Hospital and Community Health Center Board, 12 years on O’Brien County Tax Review Board, 23 years with Hartley Lions, a member of the Soil Conservation Board as well as the Hartley American Legion, Post 288.

On January 1, 2023, Wayne passed from this life at the Spencer Municipal Hospital in Spencer, Iowa at the age of 95 years. He was preceded in death by an infant son; his parents, Arthur and Della Rossman; sisters: Mavis Coatney and  Elaine (Bethke) Heilman; nephew, Bruce Bethke; and niece, Nola (Bethke) Penland.

Share Your Memory of
Wayne
Upload Your Memory View All Memories
Be the first to upload a memory!
Share A Memory