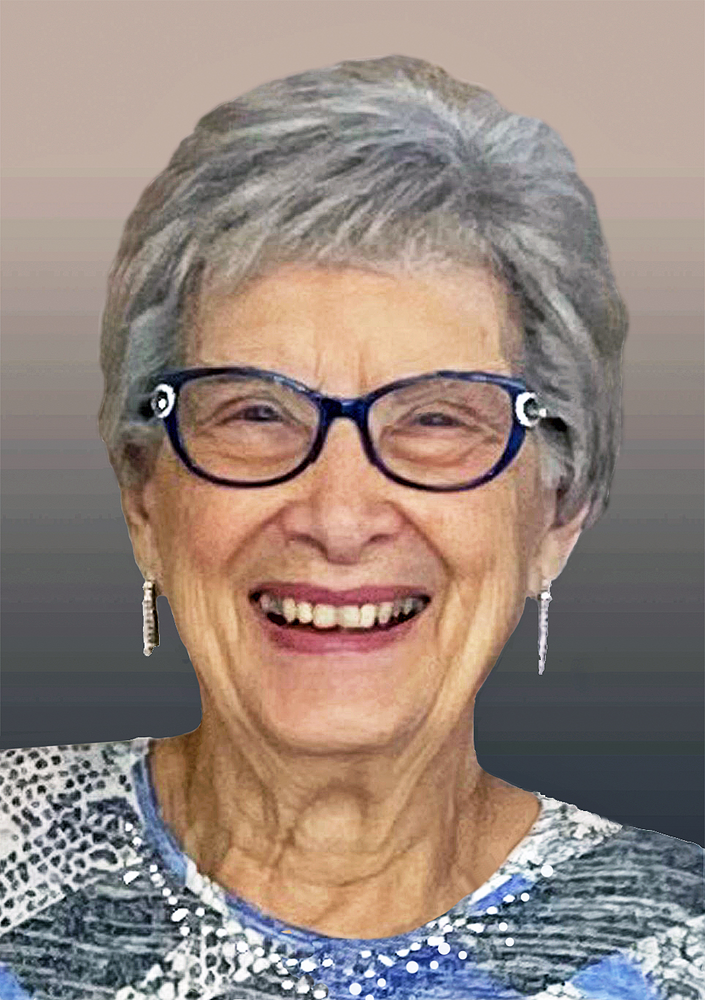 Please share a memory of Verla to include in a keepsake book for family and friends.
View Tribute Book

Verla Jean Elgersma was born February 17, 1935, in Ocheyedan, IA, the daughter of Tunis and Agnes (Zevenbergen) Bras. She spent her early years in Ocheyedan until October 1941 when the family relocated to California, arriving on December 7th – the day Pearl Harbor was bombed, signaling the beginning of World War II. Day-to-day living and going to school became “war-oriented” with fire and bomb drills being the new normal. By April of 1942, Verla and her family were able to move back to Ocheyedan, and then to a farm near Harris, IA where she resumed her education. While attending school at Harris, she and her sister, Marilyn, enjoyed playing on the girls’ basketball team together. Verla graduated from Harris High School in May of 1953.

Following graduation, Verla decided to move to Denver, CO where she was employed for the next two years at Bethesda Sanitarium as a psychiatric aide as well as office help. While living in Denver, she met her future husband, Gerald Elgersma, who had recently been discharged from military service. They discovered they had lived within miles of each other back in Iowa but had to come to Denver to meet one another!

On October 12, 1955, Verla married the love of her life at the Christian Reformed Church in Ocheyedan. She and Gerald began their life together on a farm near Hartley, IA, welcoming three children to their family: Jeri, Dean, and Beth. In January 1962, they moved to an acreage ¾ of a mile north of Sanborn, IA where Gerald raised feeder pigs.

Along with taking care of her growing family, Verla was also employed as the first secretary at Prairie View, the new nursing home in Sanborn, and worked there as an aide as well. When Gerald experienced health problems, she began working at Chatwell Bakery, then as secretary at the Gary Widden Insurance Agency, both in Sanborn. While at the agency, Verla completed the required courses and earned her insurance and real estate license. In 1979, she began working for Prudential Insurance. One year later, she opened Elgersma Agency in Sanborn, continuing with Prudential until 1991. Her daughter, Jeri Prins, joined the agency in 1998, purchasing it in 1999. Verla remained a vital component at Elgersma Agency until her retirement in 2019 at the age of 84. She never thought of her customers as just clients…rather, friends.

Keeping her memory close at heart are her children: Jeri (Roy) Prins of Sanborn, IA, Dean (Carla) Elgersma of Edgerton, MN. And Beth (Robert) Marks of Hull, IA; nine grandchildren; 22 great-grandchildren with another expected this April; one sister, Marilyn Brouwer; sisters-in-law: Corleen Elgersma, and Liz Elgersma; a host of nieces, nephews, cousins and many friends.

The service will be livestreamed from the church at this link:

Share Your Memory of
Verla
Upload Your Memory View All Memories
Be the first to upload a memory!
Share A Memory