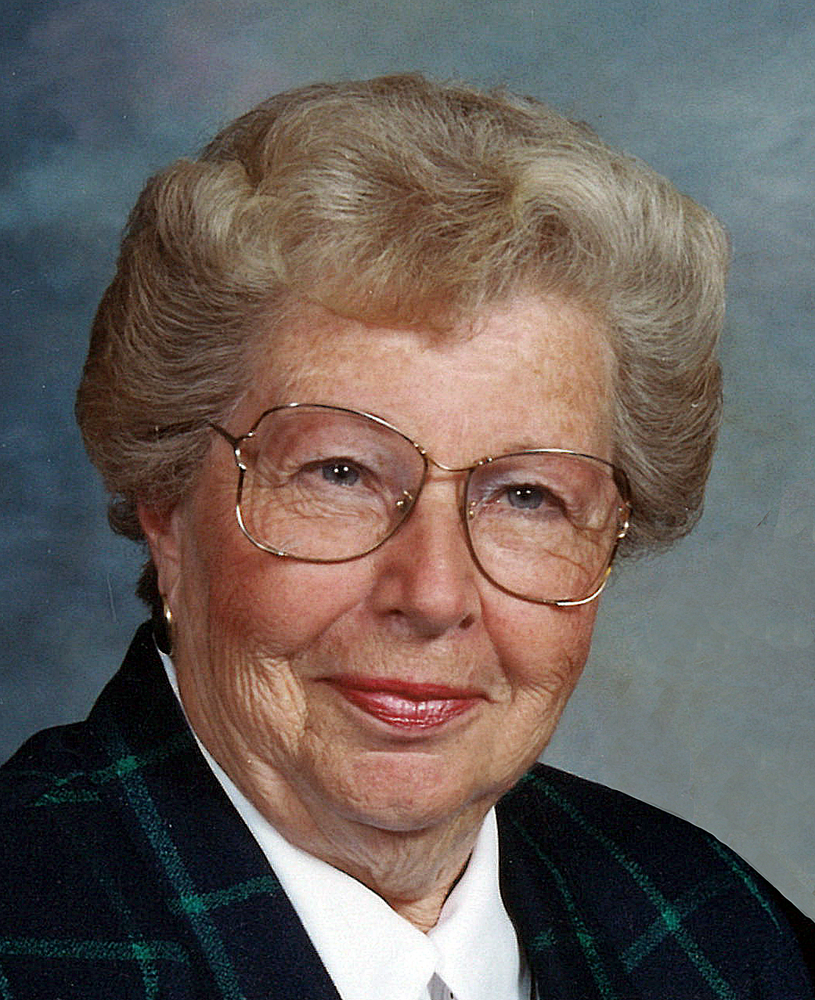 9:30 am
East Lawn Cemetery
1801 East 9th St.
Sheldon, Iowa, United States
A short Prayer Service will be held at the Sanborn Funeral Home at 9:00 a.m. prior to burial.

Please share a memory of Shirley to include in a keepsake book for family and friends.
View Tribute Book

Shirley Mae Thornton, daughter of Henry L. and Lillian M. (Saupe) Harms, was born May 20, 1932, in Sheldon, Iowa. She spent her early childhood years on a farm east of Archer, Iowa along with her brother, Rodney and sister, Bonnie.

Shirley attended the Archer Community School, graduating with the class of 1950. She continued her education at the University of Minnesota for one semester before transferring to Morningside College in Sioux City, Iowa where she earned her Teaching Certificate. For 16 years, Shirley taught young minds in the elementary grades at Marcus and Primghar, Iowa.

On August 4, 1953, Shirley was united in marriage to LeRoy Matthew Thornton at the United Methodist Church in Archer. Following LeRoy’s military discharge, the new couple moved to a farm south of Archer, adding their son and daughter, Jim, and Rhonda, to the family. In 1957, they relocated to a farm northeast of Archer, calling it “home” for 57 years and raising their children there. Wanting to take life a little easier, LeRoy and Shirley left the farm in 1983 and moved into the town of Archer. Eventually, they both wanted to escape the cold, Iowa winters, so Texas became their winter retreat. Since 1992, they enjoyed hosting family and friends at their southern location, making new friends and acquaintances and living the life of a snowbird. Of course, come spring, it was always good to pull into the driveway at Archer and once again, see familiar faces and places.

Shirley had been a lifelong member of the Archer United Methodist Church, participating in various church functions and groups over the years. After LeRoy’s death in 2009, she remained in their home until 2014, when she moved to Fieldcrest Senior Living at Sheldon, Iowa. She enjoyed the years she spent there, coming and going as she pleased, and family was always close by. Favorite pastimes were playing games or just chatting with friends over a cup of coffee.

On Thursday, December 15, 2022, Shirley passed from this life at the age of 90 years. She now joins loved ones who have gone before: her husband of 55 years, LeRoy; her parents, Henry and Lillian Harms; sister, Bonnie (Paul) Linder; brother, Rod Harms.

Left to cherish her memory are her children: Jim and his wife, Pam Thornton of Archer, Iowa, and Rhonda Thornton of Spencer, Iowa; two grandchildren: Erica and her husband, Kevin Wilkinson, and Brent and his wife, Michelle Thornton; four great-grandchildren: Madeline and Matthew Wilkinson, Nora and Anna  Thornton; sister-in-law, Margo Harms; nieces, nephews; other relatives and friends.

Share Your Memory of
Shirley
Upload Your Memory View All Memories
Be the first to upload a memory!
Share A Memory