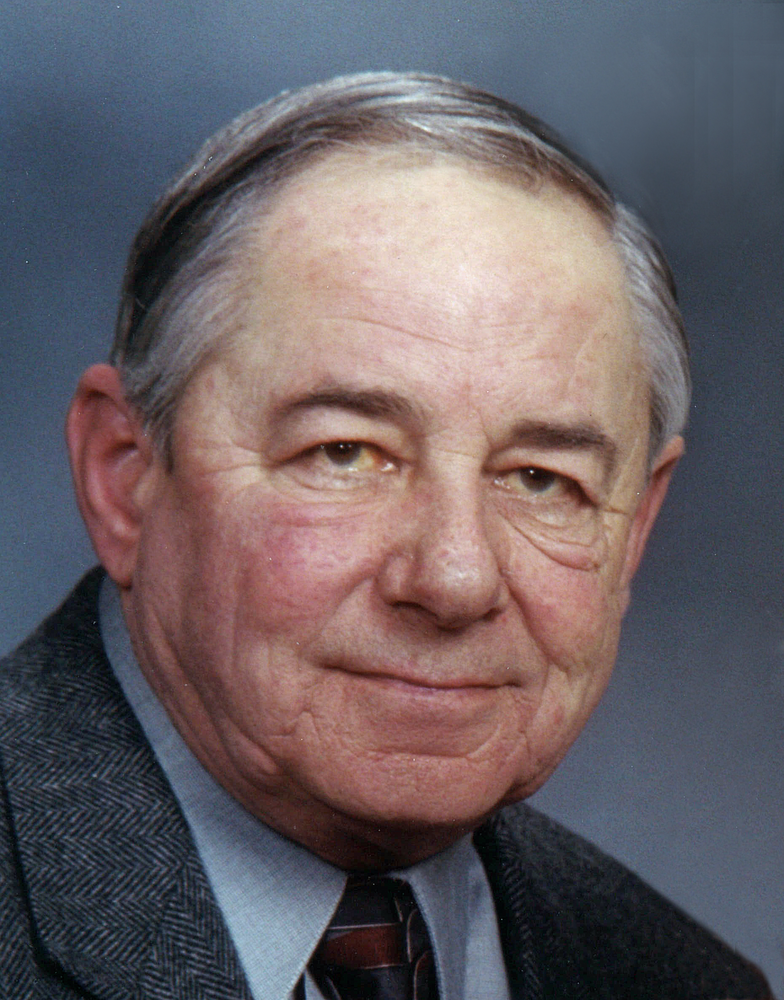 11:00 am
American Lutheran Church
352 Center Street
Melvin, Iowa, United States
Due to weather concerns the Memorial service has been postponed until a later date.

Due to concerns about the weather the Memorial Service for

William Henry Knock has been postponed until a later date.

William Henry “Bill” Knock, only son of Henry and Ann (Thee) Knock, was born January 10, 1932, in Melvin, IA. He was baptized and confirmed at St. John’s Lutheran Church in May City, IA. He received his education at the Melvin Community School, graduating with the class of 1950.

Following high school, Bill served his country with the United States Army during the Korean War as a radio operator for the 933rd Anti-Aircraft Artillery Battalion, Battery B, Company D, 77th Armored Division of the US Army - rank of Corporal. He was honorably discharged in 1954 and returned home to farm with his father.

On September 4, 1955, Bill was united in marriage to Marjorie Angeline Colling at St. John’s Lutheran Church in May City. They began farming together 3 miles north and ½ mile east of Melvin, relocating in the early 70’s to Bill’s parents’ farm, 2 miles north and 1 ½ miles east of Melvin. This was “home” for 30-plus years and they raised their four children here: Jim, CoAnne, Steve, and Krystal.

While Bill’s heart would always be tied to his agricultural heritage, he took time to enjoy other pursuits as well. The league he bowled with was recognized as champions at the 1962 American Bowling Congress. When there was time, he and Margie loved to go dancing, and eventually taught all their kids the “art” of Polka! They remained involved in their children’s school activities and sporting events - becoming die-hard Melvin sports fans. In later years, traveling was something Bill and Marge enjoyed doing together. Over a span of a couple years, they visited every county courthouse in Iowa and took in several organized bus trips, seeing different parts of the United States, and made memorable trips to Alaska and Australia. When they weren’t on the road, Bill might be found out on the golf course or holding a pool cue with his eye on the side pocket - of course, he was always up for a wild game of cards. His vocal talent ranged from the church choir to his favorite Roger Miller tunes, particularly, “King of the Road” and “You Can’t Roller-Skate in a Buffalo Herd”.

In 2010, Bill and Margie left the country and moved into the town of Sanborn where they continued to make memories with their kids and grandchildren. There was now more time to devote to another favorite pastime – woodworking. He had built custom cabinets for their first home and more recently, helped build display cases for the Vander Haag museum in Sanborn, sometimes traveling with John in search of worthy collectibles. Bill was a member of the American Lutheran Church and American Legion Post 470 both in Melvin.

He is survived by his children: CoAnne (Dave) Hartmann of Boone, IA, Steve (Christine) Knock of Ankeny, IA, and Krystal (Blaine) Moen of Sioux Falls, SD; five grandchildren; seven great-grandchildren; two sisters: Judy Graves of Minneapolis, MN and Janet Skjei of Wayzata, MN; as well as other relatives and friends.

~ There are no formal visitation hours scheduled. ~