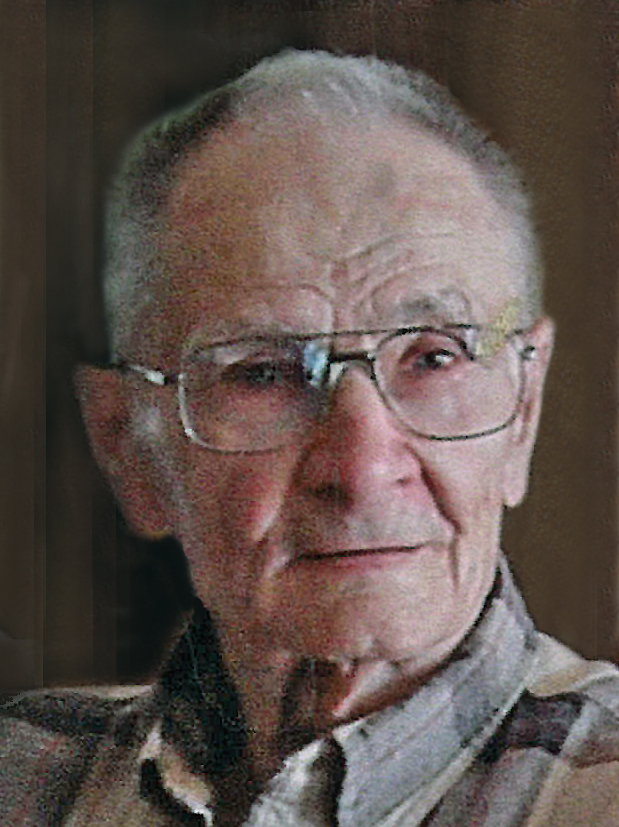 Please share a memory of Orville to include in a keepsake book for family and friends.
View Tribute Book

Orville Robert Taylor entered this world on September 29, 1923. He was the fifth of six children born to Robert and Verna (Wilson) Taylor.

His first years were spent on a farm near Dickens, IA. Later the family moved to a farm near Milford, IA. He received his early education in rural schools, and then attended high school at Okoboji Consolidated, a K-12 building in the rural Milford area. The school no longer exists, but alumni gathered often for reunions, and Orv had rarely missed any of those gatherings with family and friends.

He was inducted into the army on January 20, 1945, during of the last months of WWII. He was on his way overseas to take part in the invasion of Japan when the atom bombs were dropped and the fighting abruptly ended. He served the rest of his time as part of the occupation forces in Japan.

Orv had a passion for baseball. Being on the team was the best part of his high school years, and being able to play ball while in the service made his days in Japan more interesting. Later he enjoyed taking part in town team baseball, a common pastime in post-war years.

He farmed for twenty years following his discharge from the service. During that time, he served as township chairman for the ASCS, and measured lands for corn acreage and sealed corn. During that time, he became interested in the mining business, and invested in a mine in Mexico. He spent parts of ten winters there, observing and participating in the business, an experience never-to-be forgotten.

On June 27, 1970, Orville married Betty Hembd Peters, and took part in the lives of her two children, Steven, and Teri. In February of 1980, his nephew, Robert Taylor, became part of the family, and was adopted as their own, making the family complete.

After farming for twenty years, he chose a second career and sold securities for Waddell and Reed. Never one to be idle, he went into the antique business with Betty during their retirement years. After the business ended, he continued to refinish furniture that he would sell at antique shows and flea markets.

Orv was an active member of St. Paul’s Lutheran Church, the American Legion, the Lion’s Club, Hartley Historical Society, and Hartley Investment Club. He loved his family and enjoyed being a grandfather. He liked to work with his hands, study the markets, and watch all sports, especially baseball. His life story, entitled Orville Taylor The First 95 Years, is hand written in Orv's style of all caps with the disclaimer, This story has not been prof read. The spelling and punctuation are far from perfect, but it's my story!  Copies were distributed to family and friends and read by many more as Orv was glad to share his story. While spelling was difficult, numbers and counting were easy and always made sense. Counting the strawberries as he filled his box at Getting's Garden or averaging the number of semis per mile as he traveled were a couple of ways he passed time with everyday tasks.

He will be greatly missed by son, Robert Taylor (special friend, Mary); stepson, Steven Peters and his wife, Judy; grandchildren: Reese and Claire Taylor, Brandon (Jazmine) and Derek Peters, Jarrod (Kaira) and Lucas Fredericks; great-grandchildren: Lyrik and Brixton Peters; and Aiden Fredericks; Melissa Jostand, Mark Fredericks, and Dan Gruenig; and many nieces and nephews. He always regarded the Gould and Langel families as a special part of his life. They, as well as many other friends and relatives, mourn his passing.

Share Your Memory of
Orville
Upload Your Memory View All Memories
Be the first to upload a memory!
Share A Memory