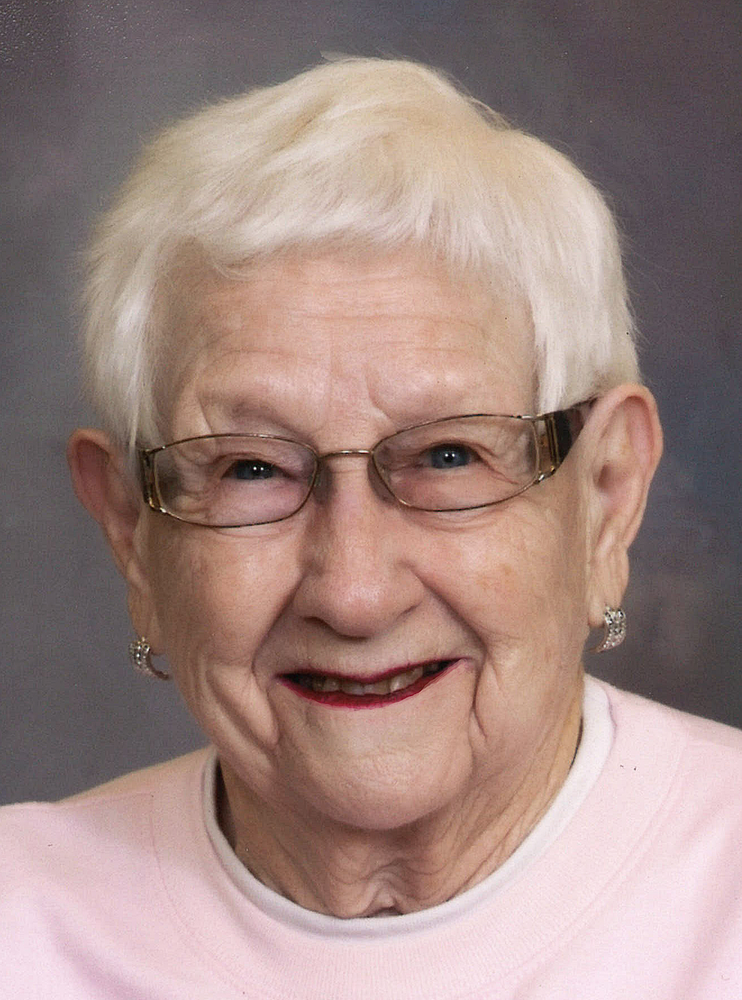 Please share a memory of Joan to include in a keepsake book for family and friends.
View Tribute Book

Joan Marie Bogaard, only daughter of Ernest and Veronica (Joanning) Colling, was born November 30, 1926, in Remsen, Iowa. She grew up on a farm along with her brothers, Dewayne and Myron, and attended catholic schools in Alton and Sheldon, Iowa. She received her high school education at Sanborn, Iowa, graduating from Sanborn High School in 1945.

While walking home with a girlfriend, Joan accidently fell down, and was gently helped to her feet by her friend’s brother, Vernon Bogaard. The rest, as they say, is history as the two were united in marriage on October 20, 1946, in South Sioux City, Nebraska.

Vernon “Scritch” and Joan spent their entire married life in Sanborn, Iowa. Their three daughters, Barbara, Mary Ellen, and Kathleen were also raised in this community. Along with taking care of her household, Joan also managed to find time to participate in various local organizations. As a member of St. Cecilia’s Catholic Church, she could be counted on to serve wherever she was needed.

Following her retirement, Joan had more time to simply enjoy life. Over the years, she had traveled to many places in the United States, even making a memorable trip to Alaska for her grandson’s wedding. While there were lots of new things to see and new people to get to know, nothing quite took the place of coffee with old friends or treasured times spent with her dear family.

Joan became a resident of Prairie View in Sanborn in 2019 where she passed away on Saturday, November 5, 2022, at the age of 95 years. Preceding her were her husband, Vernon; her parents, Ernest and Veronica Colling; brothers: Dewayne Colling and Myron Colling; and son-in-law, Bill Dunn.

Those left to cherish her memory are her daughters: Barbara (Tom) Kimmel of Dakota Dunes, South Dakota, Mary Ellen Dunn of Sheldon, Iowa, and Kathleen (Orville) Ginger of Primghar, Iowa; six grandchildren; 14 great-grandchildren; one great-great-grandchild; other relatives and many friends.

There will be no formal visitation hours.

Share Your Memory of
Joan
Upload Your Memory View All Memories
Be the first to upload a memory!
Share A Memory