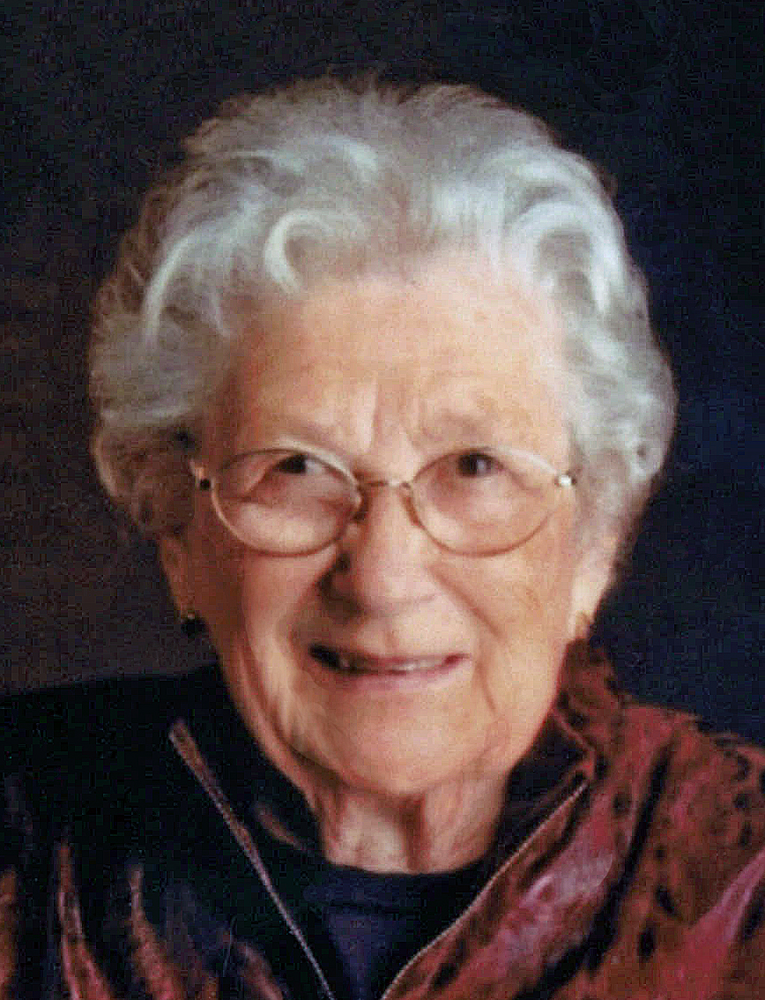 Please share a memory of Wanda to include in a keepsake book for family and friends.
View Tribute Book

Wanda LaVonne Schuver, daughter of Arthur F. and Lydia M. (Ramhorst) Mulder, was born February 26, 1928. She spent her childhood and adolescent years in Alton, IA where she attended and graduated from Alton Public School as valedictorian of her class.

On April 10, 1948, Wanda was united in marriage to Raymond Schuver at St. Joseph’s Catholic Church in Granville, IA. They were blessed with five children: Steven, Barbara, Patricia, Marie and Susan. Following their marriage, the couple moved to a farm northeast of Sanborn, IA where they were engaged in farming. In 1985, they moved into the town of Sanborn, but continued to farm the home place.

Wanda was an active member of St. Cecilia’s Catholic Church in Sanborn. She served as president of the Parish Council while the new church and rectory were being built. She was also on the first board of the Sanborn Country Club when the club house and golf course were designed and constructed. Wanda had been a member of the Sanborn TIM Club as well as a charter member of the Mi’Ono Club. She was employed by the O’Brien County ASC Office in Primghar, IA and enjoyed working with, and getting to know, so many farmers in O’Brien county!

While her children were in school, Wanda made sure she attended all their activities and sporting events. She enjoyed golfing and bowling with her friends in town; and made several trips to various states across the USA as well as Canada. She also saw different parts of the world from the deck of a cruise ship. On Thursday, October 13, 2022, Wanda passed from this life at the age of 94 years.

She was preceded in death by her husband of 58 years, Raymond; her parents; brothers: Darwin and his wife, LaVonne Mulder and Dale Mulder; sister, Donna and her husband, Harvey Gesink; son-in-law, Monte Maranell; her in-laws, Anton and Christina Schuver; brother-in-law, Marcel Schuver; and sister-in-law, Marjorie Murphy and her husband, Frances; along with several nieces, nephews, cousins and dear friends.

Share Your Memory of
Wanda
Upload Your Memory View All Memories
Be the first to upload a memory!
Share A Memory