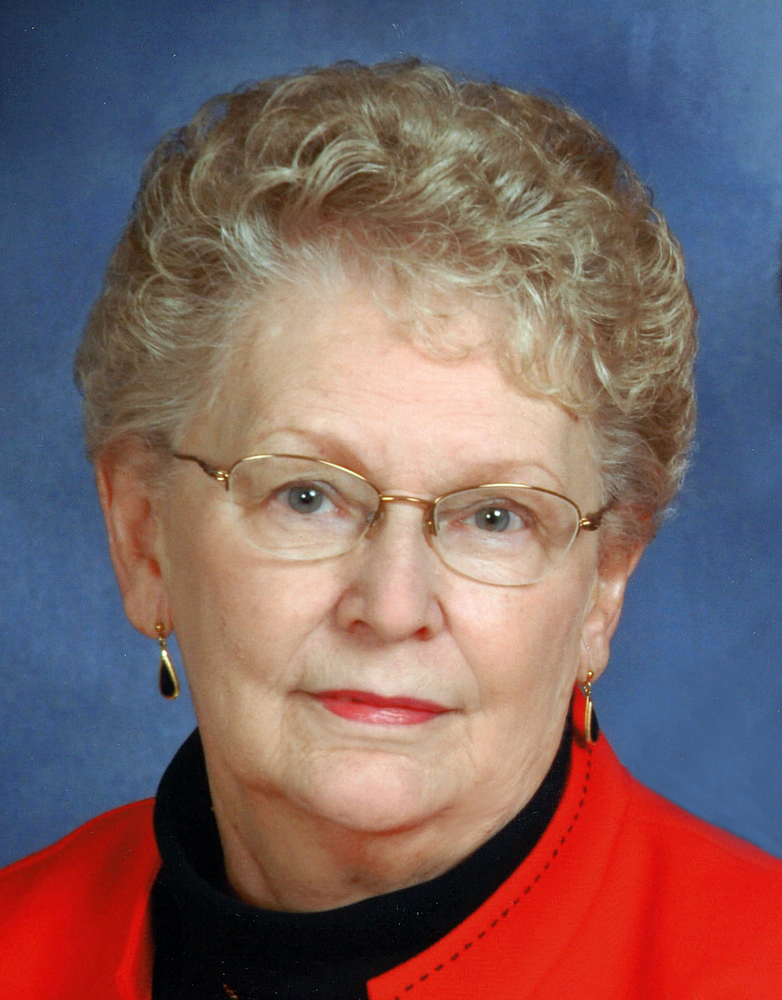 Please share a memory of Norma to include in a keepsake book for family and friends.
View Tribute Book

Norma Esther Griese, the only daughter of Rudolf August and Helen Augusta (Schirmer) Jacobsen, was born February 3, 1935, at her parent’s home near Sanborn, Iowa.

She spent her youth around Sanborn and Melvin, IA, receiving her early education through the rural school system. She graduated from Melvin High School with the class of 1953.

Donald “Bud” Griese, also of Melvin, became part of Norma’s life soon after graduation. They were married on February 21, 1954, at the American Lutheran Church in Melvin. The new couple made their first home at Copperas Cove, TX where Bud was stationed with the United States Army.

After being discharged from the military in December of 1955, Bud and Norma came back to Iowa and began farming together northeast of Melvin. While living here, three daughters were added to their family: Debra, Teresa, and Janine. They would call this place home for the next 20 years until moving to a farm between May City and Ocheyedan, IA.

Along with the responsibilities of a farmwife and tending to her family, Norma managed to find time to work outside her home as well. She had always enjoyed visiting with people, so being a waitress was a natural fit. Since helping her folks out at their café in Melvin as a young girl, Norma was accustomed to taking a lunch order and keeping the coffee cups full. She worked for many years at local eateries in Sanborn and Hartley, IA, always with her friendly smile and pleasant demeanor. Later on, she was employed for a short time at Prairie View Nursing Home in Sanborn as a Dietary Aid.

When Bud and Norma decided to retire from farming, they chose to live in the town of Melvin. They now had time to do a little more traveling – something they both liked to do. Norma gave back to the community as part-time librarian at the Melvin Public Library for several years and enjoyed working with her flowers in their backyard. Living in town gave them an easy walk on Sunday morning to the American Lutheran Church where they were members. Following Bud’s death in 2019, Norma continued to live at home, spending her time between jigsaw puzzles, a crochet project or a good book. She was always ready for a cup of coffee and a visit with her neighbors and friends.

In 2021, Norma became a resident of Prairie View Assisted Living/Nursing Home in Sanborn; she passed away there on Friday, September 30, 2022, at the age of 87 years. She now joins loved ones who have gone before: her husband, Bud Griese; her parents, Rudy and Helen Jacobsen; brother, Raymond Jacobsen, Jr.; grandparents, Ed and Louise Schirmer; son-in-law, Rick Duhn; brothers-in-law: Lloyd Slykhuis and Carl “Ronnie” Griese; and nephews: Shawn Jacobsen and Shane Jacobsen.

Services are pending with the

Share Your Memory of
Norma
Upload Your Memory View All Memories
Be the first to upload a memory!
Share A Memory