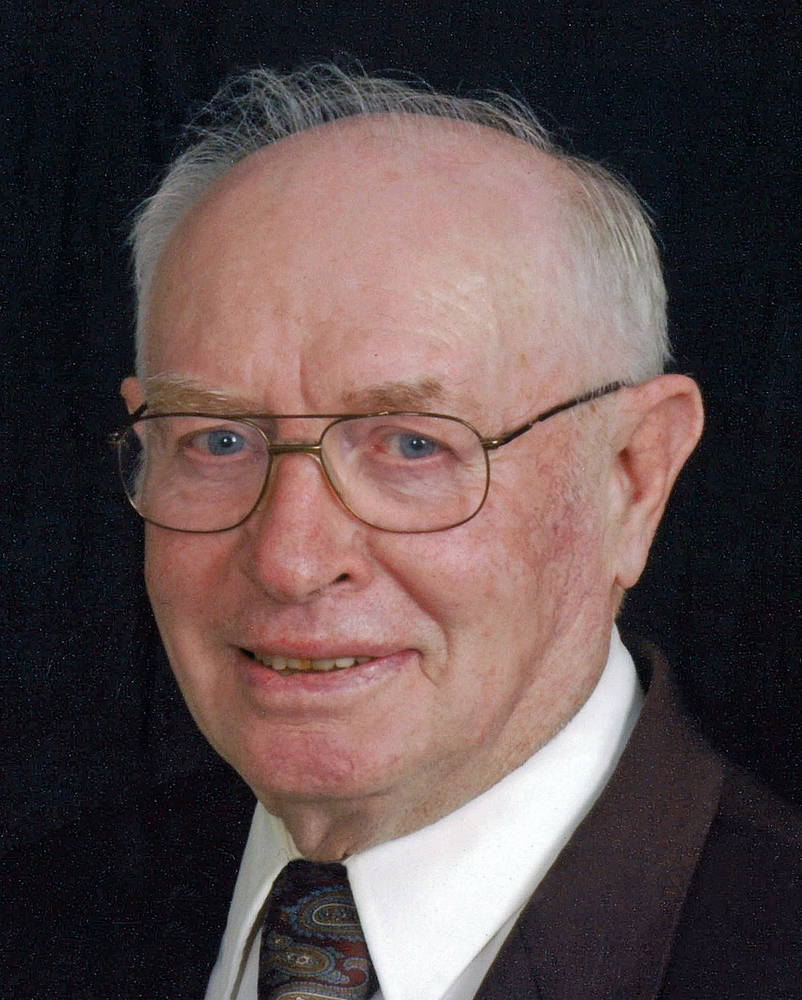 Please share a memory of Donald to include in a keepsake book for family and friends.
View Tribute Book

Donald Gene “Don” Hakeman was born in Sanborn, IA on May 10, 1929, one of five sons of Cornyle G. and Esther (Brinkert) Hakeman. He was baptized and confirmed at St. John’s Lutheran Church in Sanborn. He spent his youth in the Sanborn area and received his education at the Sanborn Public School, graduating with the class of 1947.

During his school years, Don had been an active member of the Summit Township 4-H Club. He garnered many blue ribbons showing Dairy Guernsey livestock at fairs in the area. His cow, “Patty”, captured the coveted Grand Champion prize at the Clay County Fair in Spencer, IA, a treasured moment he remembered his whole life.

After graduation, Don helped his father on their farm until enlisting in the United States Airforce in October of 1948 with the assurance he would become an aircraft mechanic. He served his country for nearly four years during the Korean Conflict, two of those years being stationed at Hickam Air Force Base in Hawaii. He was honorably discharged as a Staff Sergeant on December 17, 1951, and returned to Sanborn to resume working with his Dad on the family farm.

Marna Jean Van Oort had been teaching school in Sanborn when she had Thomas Hakeman as a Kindergarten student. It was through his younger brother that Don would be introduced to her. On July 28, 1953, Don and Marna were united in marriage in Orange City, IA. Their family would eventually include five daughters: Rebecca, Carol, Kristin, Stephanie, and Allison.

In the fall of 1957, Don and Marna moved to Rochester, MN where Don was employed as an aircraft mechanic at Gopher Aviation. They moved to Stewartville, MN for a short time before relocating to Sanborn in 1963 when Don began farming with his father. After he retired from agriculture, Don spent the next seven years as a welder for Maintainer in Sheldon, IA. Always a farmer at heart, Don found great satisfaction in “growing things”. He had always been an avid gardener (especially roses), so when he left Maintainer, he began working at Natural Beauty in Boyden, IA.

Don had been a lifelong member of St. John’s Lutheran Church, serving as council president and Elder for many years. He had also belonged to the Lutheran Layman’s League through the church, Iowa Farm Bureau, as well as the American Legion Post 318 out of Sanborn. Relaxing meant game night at church or a rousing hand of cards. He enjoyed watching the Denver Broncos and going to the Florida Panthers hockey games with Kris.