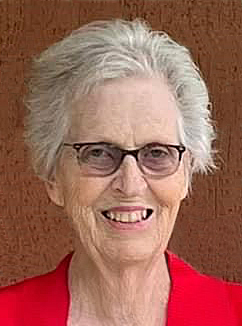 Please share a memory of LeAnn to include in a keepsake book for family and friends.
View Tribute Book

LeAnn Marilyn Harms was born at her parent’s home near Harris, IA on December 9, 1941; the first child of John E. and Arlene (Tewes) Harders. Eventually, two more children, Marjean and Ed, would complete their family.

Growing up in the country, LeAnn’s early years were spent much like other farm kids - helping her Mom around the house or working outside with her Dad as she was able. She attended the local country school through 8th grade, then completed her education at Hartley, IA, graduating from Hartley High School with the class of 1960.

On August 10, 1963, LeAnn became the bride of Dennis F. Harms at St. Paul’s Lutheran Church in Hartley. They began their life together on a farm near Harris; two years later, relocated to their farm north of Hartley where they raised their two children: Brad and Becky. As with most farmwives, LeAnn’s days were full and rewarding – taking care of her growing family, managing her household, and helping Dennis with his ag operation. She had also worked as a secretary for Lyle Shinkle in Hartley for a time, however, the majority of her secretarial career was spent with Century Mutual Insurance in Hartley. After 32 years, LeAnn retired from the insurance business and split her time between Meadowbrook Golf & Country Club and Morningside Estates, both located in Hartley.

Between family and work, LeAnn made time for a little fun too. She had belonged to a bowling league, an Investment Club, golf league and, of course, she always had time for her Bridge and 500 Clubs. Many lasting friendships and good memories were created over the years with each event. Quieter times called for curling up with a good book. LeAnn had been a lifetime member of St. John’s Lutheran Church in May City, IA.

On Tuesday, August 30, 2022, LeAnn passed from this life at the age of 80 years. She was preceded in death by her parents, John and Arlene Harders.

Share Your Memory of
LeAnn
Upload Your Memory View All Memories
Be the first to upload a memory!
Share A Memory