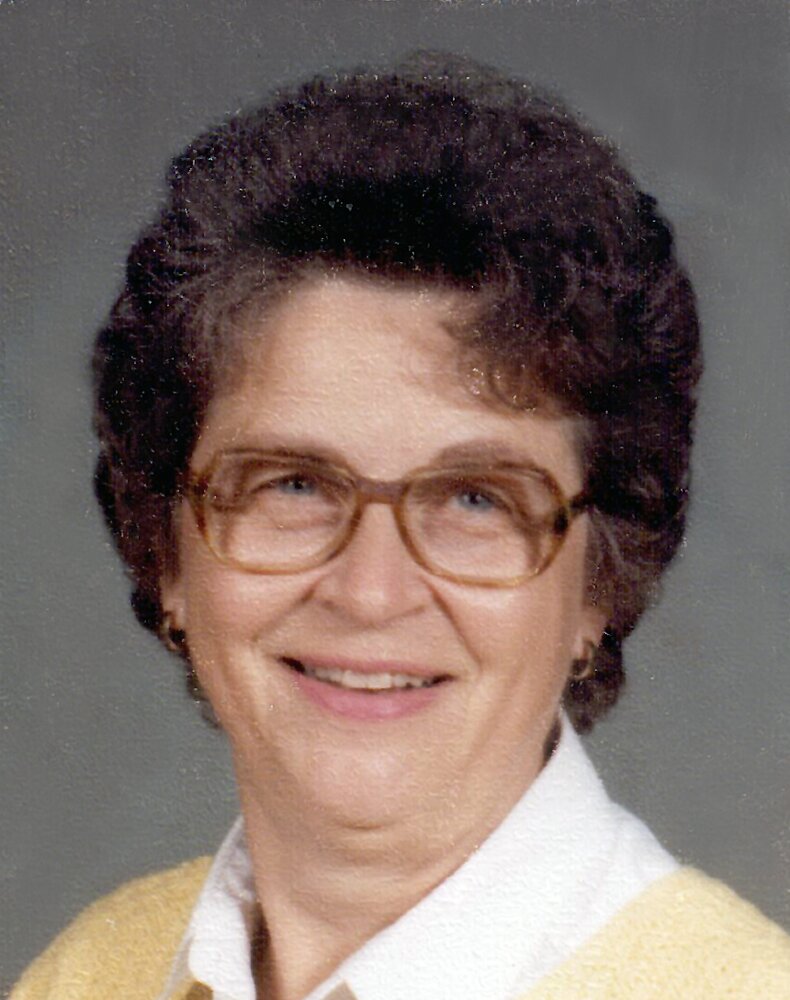 Please share a memory of Jeanne to include in a keepsake book for family and friends.
View Tribute Book

Jeanne Lavonne (Post) Geerdes Olhausen was born November 20, 1929, in Middleburg, Sioux County, IA, at the home of her parents, Gerrit and Kate (Van Ort) Post. She attended country school near Hartley, IA through the elementary grades, graduating from Hartley High School in 1947 - the first of her family to do so. She had been very active in high school; participating in sports and Girls Glee Club, with her passion being music. She particularly enjoyed singing as a soloist and in small groups. Highlights from school included representing her class as the 1947 Homecoming Queen, and being asked by her vocal instructor, Miss Brunswald-Ott, to sing at her teacher’s wedding.

While at a local 4-H event, Jeanne would meet her future husband, Ron Geerdes. They were joined in marriage on December 30, 1947 at the First Reformed Church in Sanborn, IA. Together enjoyed dancing, singing, fishing, and watching baseball. Five children would eventually complete their family. Ron was engaged in farming near Hartley until 1967 when the family moved to Sanborn. He and Jeanne purchased Bowl-Mor Lanes which they operated until Ron’s passing in 1980. Jeanne remarried a school classmate, Marvin Olhausen, from Hartley. They spent many hours together in their RV, traveling across the country visiting friends and family, until Marv’s death in 2019. Jeanne continued living in Hartley where she had volunteered for many, many years at Community Memorial Health Center, singing, playing cards and assisting with activities. Memberships in the American Legion Auxiliary, TIM Club, and Health Auxiliary, gave her a chance to visit and be with friends.

Jeanne had always been an active member of her churches, St. Paul’s Lutheran of Hartley and St. John’s Lutheran of Sanborn. She contributed at each church through the Ladies Aid by holding offices and sitting on committees. She had also been involved with LWML and attended various meeting and conferences.

Because of her outgoing nature, Jeanne rarely found life to be dull or boring. Her day usually began with a cup of coffee while tuning her radio in to KICD’s longest-running game show, “Quiz-Biz”. She faithfully listened to the daily questions and recorded their answers. Church activities, playing cards with friends, watching Twins baseball games, and tending her plants filled her days. When she was younger, she loved singing and dancing, bowling and fishing (and maybe a Nutty Bar or two). Recently, Jeanne was entertained by simply observing life as it happened outside her window – she took note of all the birds and flowers, and never missed a chance to ride through the countryside and see what was new in her communities. Of course, enjoying “half-a-beer” at the end of the tour, brought forth her beautiful dimples and bright smile…treasured memories.

Jeanne’s door was always open and the coffee pot on. She will be greatly missed by many other family members and friends.

In lieu of flowers, the family requests memorial contributions in Jeanne’s name be directed to

Share Your Memory of
Jeanne
Upload Your Memory View All Memories
Be the first to upload a memory!
Share A Memory