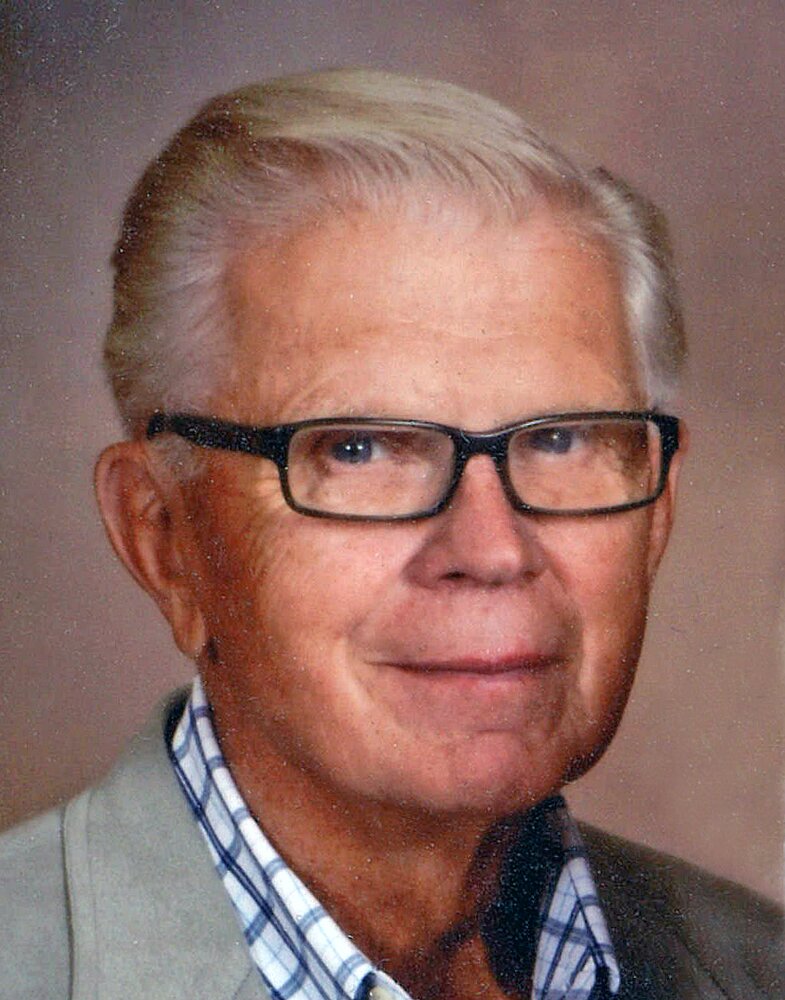 Please share a memory of Willis to include in a keepsake book for family and friends.
View Tribute Book

Willis Arthur Gebert, one of five children born to Arthur E. and Ella (Fiddelke) Gebert, entered the world on March 13, 1936, on the family farm near Germantown, IA. He was baptized soon after at St. John Lutheran Church on March 26, 1936 and confirmed in the Lutheran faith on April 30, 1950. His Confirmation Verse, 1 Timothy 1:15, remained an important reminder for him his entire life.

Willis grew up in the Germantown area along with his brother and sisters, attending country school at Caledonia Township through the 3rd grade. He then enrolled at St. John Parochial School, graduating from 8th grade in May of 1950. He received his high school education at Paullina, IA, graduating from Paullina High School May 20, 1954. Throughout his school years, Willis was involved in FFA where he learned the finer points of cattle showmanship. He later would travel all over the country showing cattle from his Dad’s Shorthorn herd.

Following high school, Willis worked at the Paullina Coop Elevator for several years before he started farming on his own south of Paullina. On October 11, 1958, he was united in marriage to Annette Kae Freed at the Oakdale Evangelical Free Church in Meriden, IA. Three children would complete their family: Wade Willis, Julie Ann, and Kristine Kae.

In 1962, after farming near Paullina for three years, Willis and Annette moved to a farm west of Hartley, IA where they would spend the bulk of their married life together and raise their three children. They became members of St. Paul’s Lutheran Church in Hartley, being active participants in the life of that congregation.

When the children were older, Willis’ interests turned to collecting and researching O’Brien County history, landscaping his lawn, planting trees and rose bushes, and just enjoying being outdoors. He was always ready to help Wade with the farming whenever he was needed, but now, with a little more free time on their hands, Willis and Annette were able to do some traveling. They ventured to both coasts, Alaska, Canada, and the Panama Canal. During the cold, Iowa winters, they would visit their two daughters in much warmer climates. While there are many new places to see, and marvelous things to experience, Willis cherished the times spent with family the most.

He is preceded in death by his parents; a sister, Alice (Jim) Whited; and many other dear family members.

Share Your Memory of
Willis
Upload Your Memory View All Memories
Be the first to upload a memory!
Share A Memory