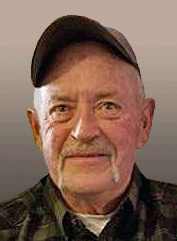 Please share a memory of Raymond to include in a keepsake book for family and friends.
View Tribute Book

Raymond Jack “Ray” Starr, son of Donald Jack and Marjorie J. (Walters) Starr, was born February 18, 1948, in Rochester, New York. He spent his youth in the Rochester area and received his education at Greece Arcadia School, graduating with the class of 1966.

Following high school, Ray enlisted in the United States Navy, being stationed at the NAS at Alameda, California. He served as part of the flight deck air crew aboard the USS Enterprise. He was honorably discharged in 1970.

On March 14, 1970, Ray was united in marriage to Carol Linder at Hayward, California. To this union two sons were born: Mike and Brian. Ray attended Laney College at Oakland, California where he focused on air conditioning. Eventually, he would own his own business, J & R Services, a commercial air conditioning company based in the Bay Area of California, retiring in 2007. Ray and Carol parted company in 2011. His free time was often spent relaxing with a good book about the old west, but Ray’s fondest delight was just spending time with his children and grandchildren whom he adored.

Ray passed from this life on July 31, 2022, at the age of 74 years. He was preceded in death by his parents, Don and Marge Starr; his brother, Paul James Starr; and his sister, Diane Brinthaupt.

Share Your Memory of
Raymond
Upload Your Memory View All Memories
Be the first to upload a memory!
Share A Memory