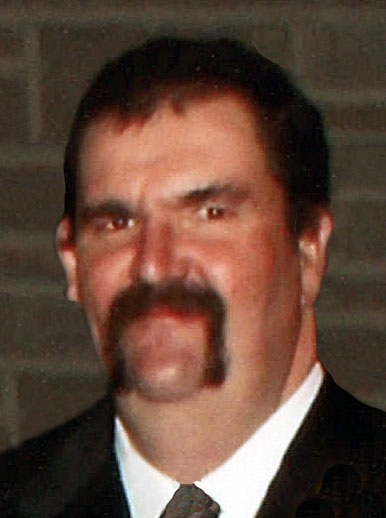 Please share a memory of Jon to include in a keepsake book for family and friends.
View Tribute Book

Jon Michael Stanley, son of Don and LesLee “Susie” (Getting) Stanley, was born August 17, 1971, in Hartley, IA. Jon’s life started rough as his parents were told he would not live past three months of age. However, his stubborn personality was present from birth, as he proved all the naysayers wrong by enjoying life for 50 years, 11 months and 5 days. He attended school at Hartley-Melvin-Sanborn, graduating in May of 1990. To honor his perseverance in overcoming the various obstacles he had encountered in life to that point, Jon was awarded the Marine Corp Bulldog Award the night of his Senior Class Award Ceremony.

After completing high school, Jon furthered his education at Northwest Iowa Community College in Sheldon, IA where he earned his Associate of Arts degree. He then transferred to Morningside College in Sioux City, IA, graduating with a Bachelor of Arts in Agricultural Business. Following graduation, Jon obtained his Commercial Driver’s License (CDL) and began working with his grandpa, Leslie, and his father, Don, at Getting, Inc. When over-the-road trucking became too much for Jon, he worked in various other areas of employment that allowed him to be closer to home and his “furry children”.

Jon was a member of the United Methodist Church in Hartley as well as the Sons of the American Legion. He was also an avid supporter of EFMC, picking up the nickname, “Johnny 5”, which later transitioned to just, “5”. Jon loved to ride his Harley Davidson! The infatuation with bikes started early in life when he would “rev-up” his bicycles with noise makers (pinned playing cards to his bike spokes). He enjoyed spending time on his drum set and had taught himself to play guitar. Through the summer months, Jon golfed with friends on a league in Hartley. He also really liked the “roar of the engines” at a NASCAR race or just watching them on TV. He could relate well to his nephews as they all shared a love for video gaming.

Jon and his faithful sidekick, Jazzy, were loyal “Chicago” (Med, Fire, and PD) watchers every Wednesday night. They never missed an episode, even skipping supper at the folks because it was never ready soon enough. Jon and Jazzy could be seen cruising around town, checking in to see how everyone was doing, often stopping to chat. Jon would frequent McDonalds to grab a quick burger FOR BOTH OF THEM… “just because”. On Friday, July 22, 2022, Jon passed from this life at the age of 50 years.

Jon was preceded in death by furry kids: Harley and Davey; grandparents: Leslie and Margret Getting, and Raymond and Helen Stanley; special grandparents, Darrell and Mary Negus; special uncles: Jerry Getting and Frank Stanley; and his cousin, Theresa Stanley.

Share Your Memory of
Jon
Upload Your Memory View All Memories
Be the first to upload a memory!
Share A Memory