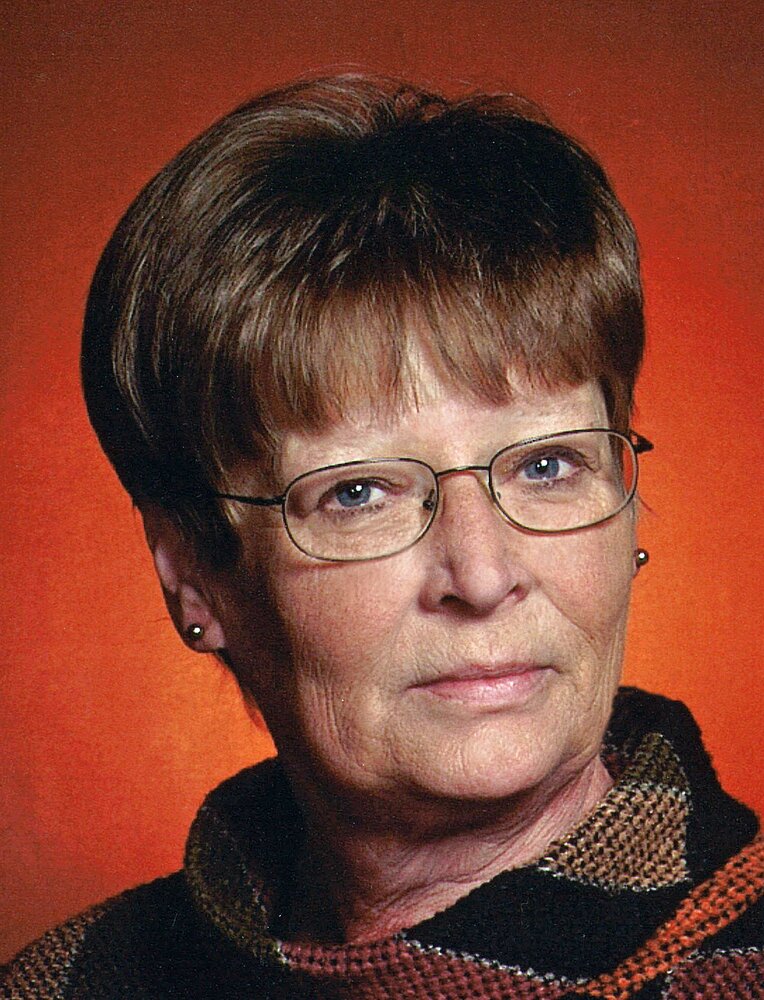 Get Directions
Tuesday
31
May

Get Directions
Tuesday
31
May

Please share a memory of Mary to include in a keepsake book for family and friends.
View Tribute Book

Mary Jonel Steinmetz was born at Sibley, IA on February 20, 1948, the third child of LeRoy and Vivian (Muilenburg) Walker. She grew up in Melvin, IA along with her other siblings, and received her education at Melvin Community School, graduating with the class of 1966.

After completing the required courses, Mary was employed as a Nurse Aide at Sioux Valley Hospital in Cherokee, IA. Her nursing skills would work to her advantage later in life as an EMT with the Melvin Ambulance Team, a service she fulfilled for 23 years, as well as being on staff at Country View Manor, a long-term care facility in Sibley, IA. Her work history also includes acting as board secretary for the Melvin Community School, bookkeeper at Jordan Implement, also located in Melvin, Data Dimensions Corp. at Sheldon, IA, CCSI (client Community Services, Inc.) in Sibley and helping out part time for the past 30 years, at JR’s in Melvin.

Some of Mary’s most enjoyable times were spent outside in the dirt and sunshine tending her vegetable garden and flower beds. There’s a lot of satisfaction to be had from planting, weeding and watering, and then bringing in fresh vegetables and beautiful, sweet-smelling flowers. When warm weather turned to a fall chill, watching the Dallas Cowboys became a priority…and Mary was an ardent fan. She also loved to curl up with a good book, enjoyed crocheting and could spend a lot of time in the kitchen cooking or baking. There was always something good to eat at Mary’s house.

Having been a life-long member of the United Methodist Church in Melvin, Mary had served in several different capacities and participated in church activities.

On Wednesday, May 25, 2022, she passed from this life at the age of 74 years. Preceding her were her husband, Rod; parents, LeRoy and Vivian Walker; her sister and brother-in-law, Joan and Paul Helmers; and a brother-in-law, Lee Nelson.

Share Your Memory of
Mary
Upload Your Memory View All Memories
Be the first to upload a memory!
Share A Memory