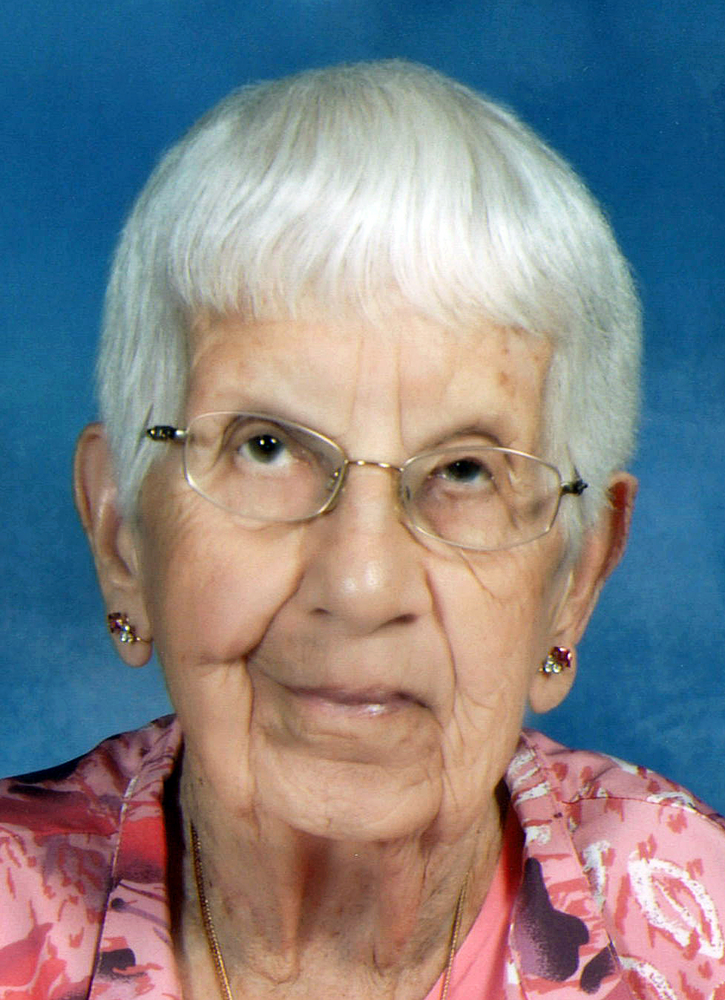 Get Directions
Wednesday
25
May

Get Directions
Wednesday
25
May

Please share a memory of Evelyn to include in a keepsake book for family and friends.
View Tribute Book

Evelyn (Dieterich) Rusch, daughter of Glenn and Leona (Schwarzenbach) Dieterich, was born on December 7, 1924, in Dickinson County, IA. She was raised on a farm northwest of Lake Park, IA where she also attended school, graduating from Lake Park High School with the class of 1942.

On February 4, 1951, Evelyn was united in marriage to Orville Rusch at the Presbyterian Church in Lake Park. They lived north of Everly, IA until 1955, when they moved to a farm south of Hartley, IA. Two sons completed their family: Kent in 1956 and Keith in 1960. They continued living on the farm until moving to the town of Hartley in 1985.

Orville and Evelyn had belonged to a dance club for several years and enjoyed evenings out with friends on the dance floor. Evelyn had also belonged to the Y’Eltrah Club in Hartley. They were both members of Trinity United Church of Christ in Hartley where Evelyn was a very active participant. She served as consistory treasurer for six years, Dorcas president for three years and taught Sunday School for 10 years. She was also active in the community, helping with Lifeline for 10 years, sat on the Care Advocate Committee of the Community Memorial Health Center for 23 years and volunteered at the Hartley-Melvin-Sanborn school system for 21 years. She earned recognition for her many hours of contribution at the school; even receiving the Governor’s Award. Some of her favorite hobbies included tending her vegetable garden and many flower gardens -  especially caring for her roses. However, her all-time favorite activity was spending quality time with her five grandchildren! She loved to bake for them, read to them, play card/board games with them, and of course, attend their many school activities. In recent years, she enjoyed visits, phone calls and even facetiming her grandkids and great-grandchildren.

She was preceded in death by her husband, Orville; son, Keith; her parents; and two sisters: Ellen Zahren and Jane Unteidt.