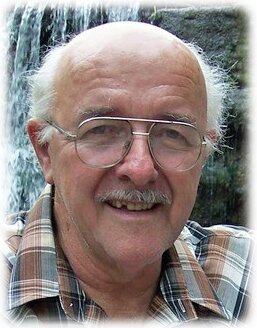 Please share a memory of Harvey to include in a keepsake book for family and friends.
View Tribute Book

Harvey James Van Oort, son of Peter and Willimina (Aalbers) Van Oort, was born on July 7, 1943, in Sanborn, Iowa. Harvey grew up in Sanborn and attended the Sanborn Christian School until the 8th grade and continued his education at the Sanborn Public School. He was also a faithful member of the Christian Reformed Church in Sanborn.

After school, Harvey worked alongside his dad shelling corn. He later worked at the Sanborn Elevator before starting his own grinding business. Harvey found his real passion when he began over-the-road truck driving in 1981. He was an owner and operator for Van-Hof Trucking until retiring in December 2011.

Although Harvey loved being on the road and seeing all the country, he was a true family man. He met the love of his life, Gloria Baartman, in Boyden, Iowa and the couple was united in marriage on October 19, 1962. To this union six children were born: Keith, David, Pam, Steven, Daryl and Chad.

When Harvey wasn’t teasing and joking around with his grandchildren and family, you could find him being outdoors. He loved fishing, golfing, and wood working - really anything he could tinker with. Following his retirement, Harvey volunteered at Wheelchair Ministries in Sanborn for seven years. He really enjoyed working alongside his friends and sharing a cup of coffee. He was a fan of the Green Bay Packers and the Iowa Hawkeyes.

A private family Memorial Service will be held on

Share Your Memory of
Harvey
Upload Your Memory View All Memories
Be the first to upload a memory!
Share A Memory