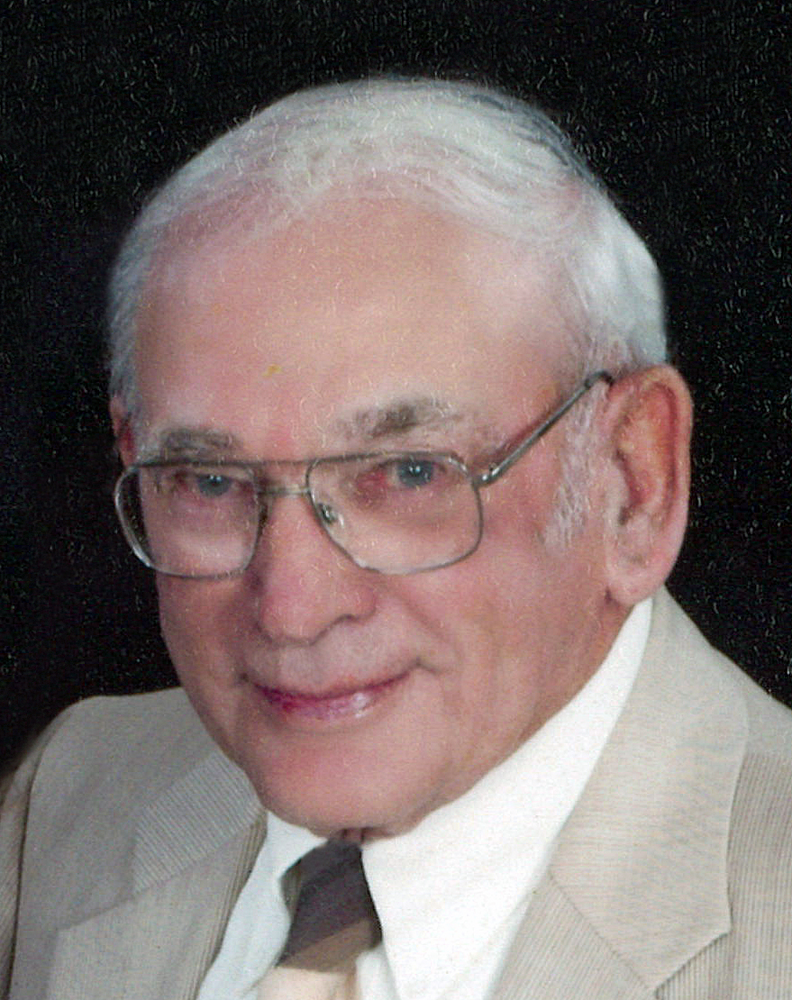 Please share a memory of Byron to include in a keepsake book for family and friends.
View Tribute Book

Byron Albert Niewendorp, one of two children born to Ben and Valienia (Valienius) Niewendorp, came into this world on October 17, 1924, in a farm home several miles east of Archer, IA. He spent his youth in rural Archer and attended country school at Franklin #4 from 1930 until 1938, completing the 8th grade. Byron finished his high school years at Sheldon, IA where he participated in their organized sports programs, lettering   in both track and football. He graduated from Sheldon High School with the class of 1942.

In July of 1942, Byron left for East St. Louis, IL where he had enrolled at the Parks Air College located in that city. Upon completing their Maintenance Engineering School, he was employed at an Army Air Force primary flight school. While there, he entered the inactive reserve program. In December of that year, he transferred to a Military Air Transport Command maintenance base run by TWA, operating out of Washington, D.C. Their mission was to provide ground and flight personal for the war effort. Following the war and his discharge, Byron transferred to the domestic division of TWA and was based in Kansas City, MO. Wanting to become an integral part of the family agricultural operation, he returned home in December of 1946 and entered into a farming partnership with his father.

On November 18, 1949, Byron married Geraldean “Jeri” Bergeman in the parlors of the Lutheran parsonage in Sioux City, IA. The new couple moved to a farm northwest of Hartley, IA where they would spend the bulk of their married life and raise their two children: Gregory and Christine. In October 1994, he and Jeri retired to the town of Sanborn, IA.

While Byron had taken great pleasure in being a steward of the land, he never lost interest in aviation. Keeping his pilot’s license current enabled him to enjoy an occasional flight or attend a distant air show. He was a member of St. Paul’s Lutheran Church in Hartley, having been baptized and confirmed there in 1963. Since then, he held various church positions and took part in other related activities.

Share Your Memory of
Byron
Upload Your Memory View All Memories
Be the first to upload a memory!
Share A Memory