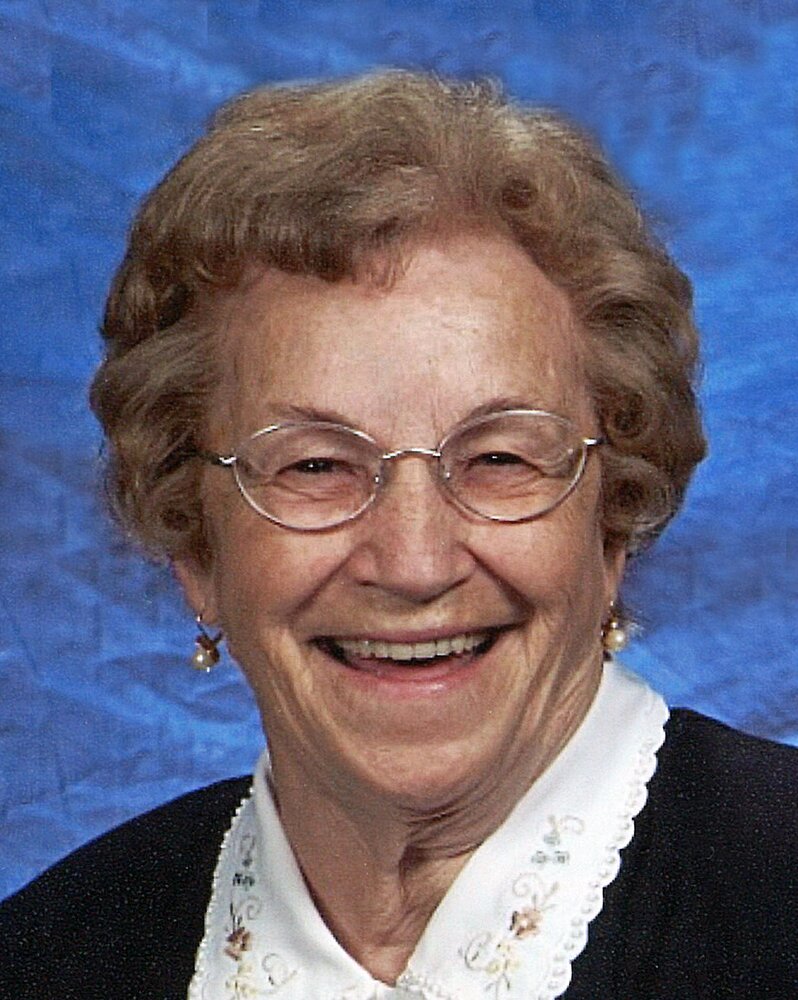 Please share a memory of Edna to include in a keepsake book for family and friends.
View Tribute Book

Edna Ruth Billings, one of five children born to Charles Albert and Jessie Mae (Sanders) Haas, came into the world on April 15, 1927, near Ledyard, IA. She spent her childhood in rural Estherville, IA, and received her education at Emmet Consolidated School. While being a comparatively small school system, they managed to make up for it in their sports program. Edna’s eyes would light up whenever she recalled her time on the basketball court and was always proud to say she had been a member of the girl’s high school team.

Following her graduation in 1945, Edna lived in Sioux City, IA while taking nurses training at St. Vincent Hospital located there. On June 24, 1946, she was united in marriage to Meril William Billings at the Methodist parsonage in Sioux City.

The new couple began their life together on a farm six miles north of Estherville where Meril and Edna would spend the major portion of their married life - managing their farming operation and raising four sons: Kenny, Allan, Randy, and Ed. Like most Iowa farm wives, Edna’s days were filled up helping Meril with outside chores, caring for a big vegetable garden, and keeping her five men in food and blue jeans. She always made sure there was something good to eat whenever they gathered around the kitchen table. For several years, while the boys were young, Edna gave her time as a Sunday School teacher, and participated in other church activities at Grandview Baptist Church where she was a member.

Edna’s entire life had somehow always been centered around “giving” and helping others - and she was happy to do it. After Meril passed away in 1985, Edna continued to serve others by doing volunteer work with groups such as Meals On Wheels, and RSVP (Retired and Senior Volunteer Program) for six years. If the weather cooperated, she liked to walk outdoors just for some fresh air and exercise; colder days meant getting wrapped up in a complicated jig-saw puzzle! Bus trips became an enjoyable pastime for Edna and some of her friends from church - there is a lot to see in AND out of Northwest Iowa. No doubt the traveling adventures created many wonderful memories for all of them…some as far away as Africa and the Netherlands! While there may be a lot to see and many new places to visit, Edna’s favorite times were those spent in the company of her dear family.

On Friday, March 25, 2022, Edna passed from this life three weeks before her 95th birthday. She now joins loved ones who had gone before: her husband, Meril Billings; her parents, Charles and Jessie Haas; son, Randal Billings; great-granddaughter, Samantha Jo Novak; three brothers: Elmer, Roy, and Marvin Haas; and one sister, Gladys Helmick.

Share Your Memory of
Edna
Upload Your Memory View All Memories
Be the first to upload a memory!
Share A Memory