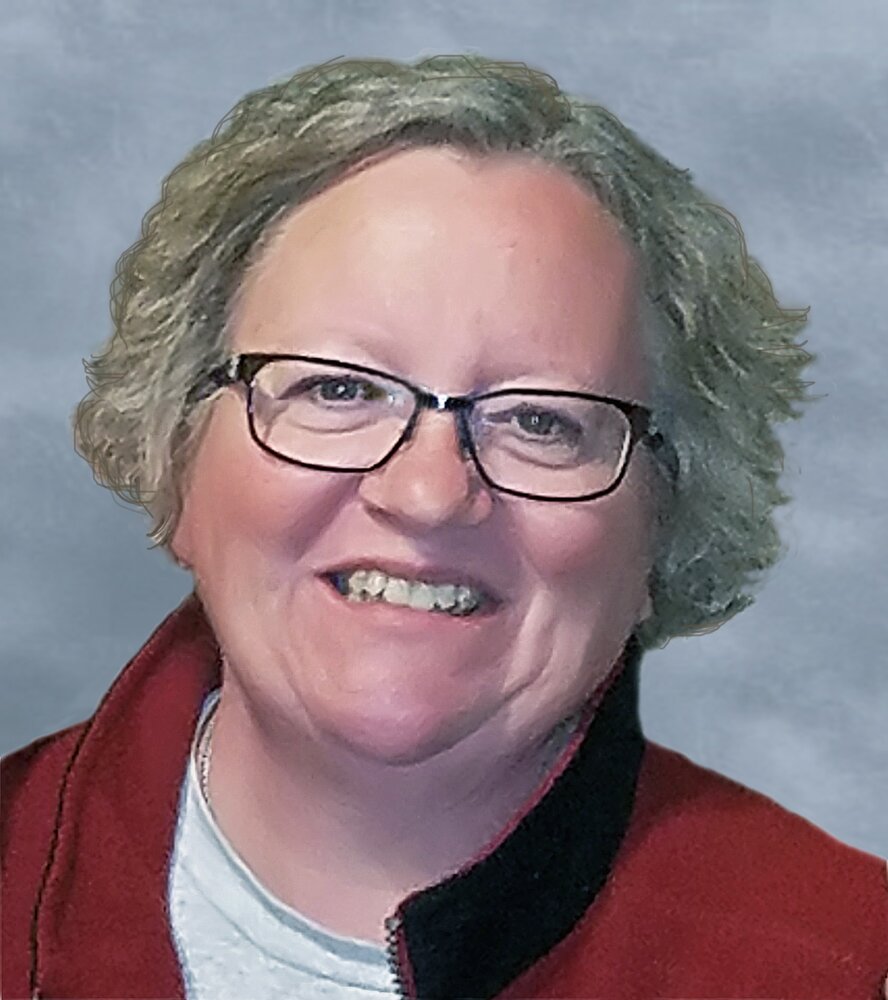 Please share a memory of Kimberly to include in a keepsake book for family and friends.
View Tribute Book

Kimberly Sheree “Kim” McCune, daughter of Royce Smith and Phyllis Fern (Henaman) Sauer, was born on March 12, 1958 in Estherville, Iowa. She grew up in rural Melvin, Iowa, with her grandmother Henaman and other relatives close by. Kim received her education at Melvin Community School, graduating with the class of 1976.

Following high school, Kim furthered her education at Northwest Iowa Community College located in Sheldon, Iowa. After earning her Junior Accounting accreditation, she worked at Van Wyk Trucking, also in Sheldon, where she met her future husband, William “Bill” McCune. They were married on December 15, 1979, at the American Lutheran Church in Melvin. The new couple lived in Sheldon for one year before moving to Spencer, Iowa, and welcoming their only son, Jess, in May of 1982. Country living had always appealed to Bill and Kim, so in 2003, the family relocated to an acreage southeast of Langdon, Iowa, and have called it “home” ever since.

Kim and Bill had always had an interest in horses; now in their new rural setting, they could actually have some of their own. Didn’t matter the size or color, they both enjoyed working with, and caring for them. They even had some minatures for a while and found a lot of satisfaction in taking them to shows.

Along with managing the household, chasing after Jess, and helping Bill on the farm, Kim was also employed at the Fareway grocery store in Spencer – a position she proudly held for 31 years. She had been an active member of Bethany Lutheran Church in Spencer.

Share Your Memory of
Kimberly
Upload Your Memory View All Memories
Be the first to upload a memory!
Share A Memory