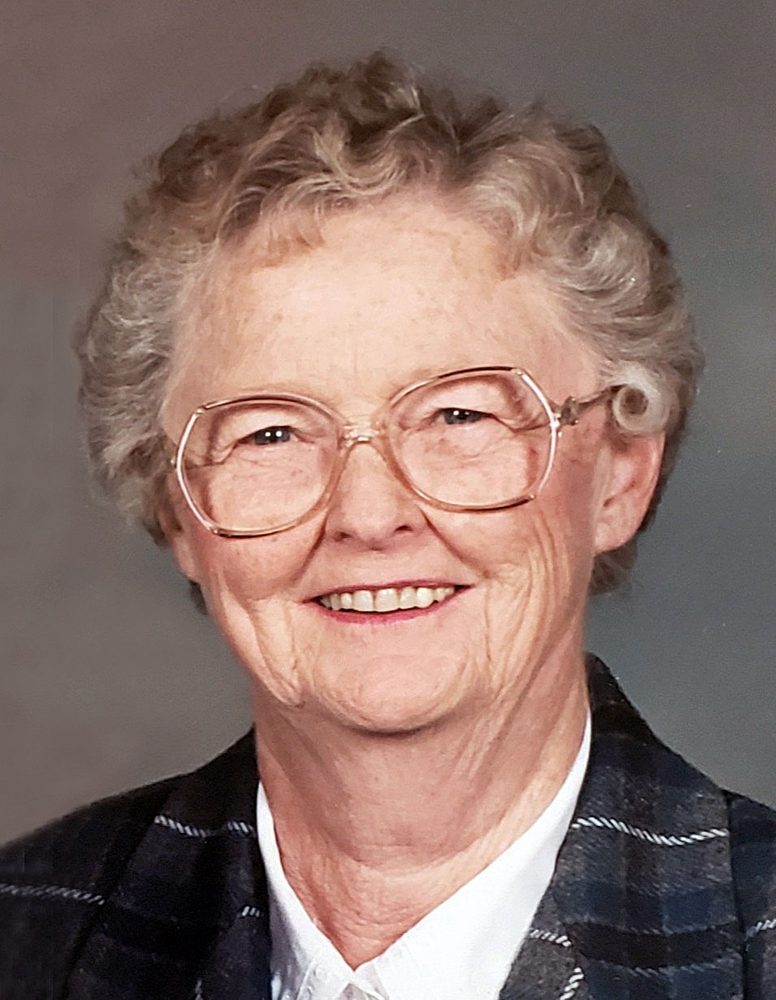 Please share a memory of Violet to include in a keepsake book for family and friends.
View Tribute Book

She furthered her education at Iowa State Teachers College in Cedar Falls, IA for the next two years, obtaining her elementary teaching degree. Eventually, she completed teaching courses at Northwestern College in Orange City, IA and earned her Bachelor’s degree in education. Her first teaching position took her to Nemaha, IA as an elementary instructor.

On February 5, 1953, Vi became the bride of Daryle Gene Daggett whom she had met while in college. They were married at the Wheatland Presbyterian Church in Breda, IA, however, there would be no time for a honeymoon as Daryle left shortly after to serve his country in Korea. He boarded ship at Camp Stoneman, CA and Vi went back to Nemaha to resume her teaching obligation. When Daryle was discharged in 1954, they both taught in the Delaware Township School in Nemaha, as Daryle also had his teaching certificate.

While he enjoyed teaching, agriculture was Daryle’s main interest. After farming near Wall Lake for three years, Daryle and Vi relocated to the Daggett family farm near Melvin, IA where they would raise  three daughters and spend their married life together. Several years after moving to the farm, Vi began teaching again. She was employed with the Melvin Community School as the third grade teacher, a position she held for the next 17 years.

Between grading papers and organizing tomorrow’s lesson plan, Vi managed to stay involved in her daughters’ activities, keep her household in order, and have supper ready when chores were done. She was a member of the United Methodist Church in Melvin and belonged to the UMW group. Following her retirement in 1979, Vi had more time for the things she wanted to do - she taught Sunday School and Bible School, loved to curl up with a knitting project and was always ready for a challenging game of Bridge. She also remained a busy farmwife, helping Daryle with chores or working in the garden. For several years, they raised minature ponies, belonging to the NW Iowa Harness Club. Trail rides, participating in parades or giving the grandkids a ride gave them the greatest pleasure. They both had a green thumb when it came to flowers, especially roses – 160 bushes to be exact! They had rose entries at the Spencer Fair for many years, collecting quite an assortment of ribbons, but Vi always delighted in just sharing them with friends and neighbors.

On Sunday, January 30, 2022, Vi passed from this life at the age of 92 years. Preceding her were her daughter, Kristin Daggett in 2020; her mother, Alice (Morley) Auen; and her parents, Henry and Eunice Auen.

Share Your Memory of
Violet
Upload Your Memory View All Memories
Be the first to upload a memory!
Share A Memory