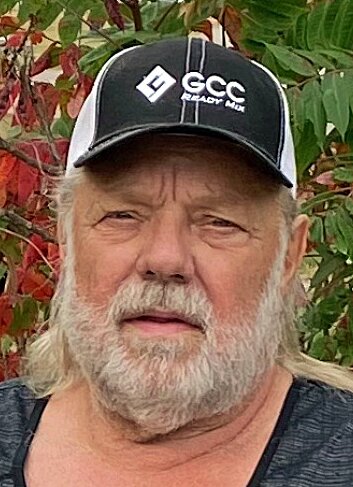 Richard Henry “Rick” Brinkman, the son of Robert and Donna (Vande Garde) Brinkman, was born January 8, 1954, in Orange City, Iowa. He had three siblings: Debra, Tom, and Shelly. He received his education at Sheldon Community School, graduating with the class of 1972.

Rick met Lori Sanders one day in Sheldon, Iowa. She had driven her brother’s GTO to town and ended up with a flat tire. Not wasting any time, she simply stopped the next person that came by to help her change it - which happened to be Rick Brinkman and his brother…the rest is history. On August 18, 1973, they were united in marriage at St. Andrew's United Methodist Church in Sanborn, Iowa. To this union two children were born: Heather and Tim.

In 1973, Rick started driving ready mix truck for Russell's Ready Mix in Hartley, Iowa and was eventually promoted to manager. When Joe's Ready Mix built the facility in Sanborn, he began working there as plant manager. He was later employed by Alliance Concrete and GCC Ready Mix, retiring in March of 2018. He then rejoined the GCC work force as a heavy equipment operator and worked there until he became ill. Rick was a hard worker and made many friends while working at GCC.

When there was time for vacation, Rick and Lori looked forward to visiting the Black Hills in South Dakota. They enjoyed seeing friends who lived in the area, going to Kool Deadwood Nights in Deadwood, or taking in the Corvette Rally at Spearfish. One of their favorite drives was through Spearfish Canyon.

Rick always had a passion for classic cars. He got a kick out of cruising and talking to anyone about old cars. One of his favorite things was going to watch his son race at Thunder Valley. He enjoyed watching his grandkids' sporting events, and hunting and fishing with his son and grandsons.

From 2003 to 2011, Rick and Lori lived at Arnolds Park, Iowa. They savored the great outdoors with motorcycle rides around the lakes, walking the trails or going to outdoor concerts. Surrounded by nature, they appreciated watching the change of seasons.

He was preceded in death by his parents, Donna Brinkman and Robert Brinkman; and father and mother-in-law, Dick and Norene Sanders.

Following the visitation, the family would like to invite you

to join them for lunch and fellowship at Yesterday’s Memories –