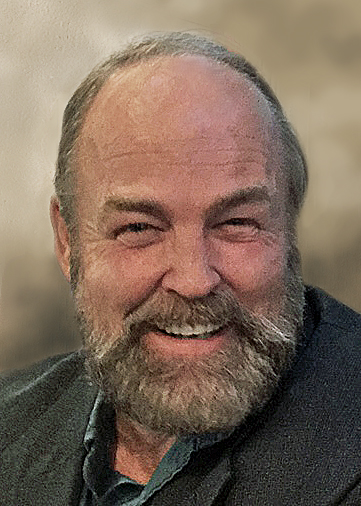 Please share a memory of Mark to include in a keepsake book for family and friends.
View Tribute Book

Mark Elon Donkersloot “Maven”, the fourth of five children born to Ed and Alma (Rons) Donkersloot, entered the world on July 14, 1957 in Sheldon, IA. He grew up on the family farm on the east edge of Sanborn, Iowa, along with his siblings: Lyle, Leanne, Mary, and Rhonda. Mark’s early years were spent much like other farm kids at the time – going to school, helping with farm chores and fieldwork, and having some fun when he could find the time. He received his education at Sanborn Community School, graduating with the class of 1975. Following high school, Mark moved to Denver, CO, and later attended Worthington Community College in Worthington, MN. He then relocated to Brainard, MN where he made many lasting friendships.

Finding himself without a driver’s license, Mark enlisted in the United States Army in March of 1979 – which changed his life for the better. Following his honorable discharge in 1981, he returned to Sanborn and began selling insurance and farming with his Dad; in 1990, he started managing his own agency. Mark was always proud to have been involved in the farming operation, especially when their land became a Century Farm in 2013. He understood and appreciated the hard work and risks taken by those who had come before him, and never forgot to be grateful for the opportunity to give back in his own way.

In 1987, Mark was united in marriage to Shelley Kaiser of Milford, IA; the union later dissolved. Their daughter, Ashley, was undeniably his pride and joy, the light of his life. In 2006, Mark was married to Karen Dorman of Sanborn, which later ended. Mark’s easy going, genial nature had garnered him many friends and acquaintances throughout his lifetime; especially close friends: Shelley, Karen, Jana and Diann.

Mark was a member of the Sanborn American Legion, serving that organization in different capacities; the latest being Post Chaplin. He was also a member of the First Reformed Church in Sanborn where he sang in the church choir, and also participated in a nondenominational men’s bible study group in Sanborn.

Sometimes it was hard to tell which Mark loved more - his tractor, his Harley or live music? Of his many travels, his favorite places took him to Sturgis, SD, Lake Havasu, AZ and Texas. It didn’t matter if he was riding on the open highway or sitting by the woodstove in his “shack” on the farm, he viewed a sunrise or sunset as a beautiful gift of nature. Yet nothing quite compared to a clear, full moon – especially during harvest or on a cold, Iowa winter night. If the fire got a little low, Mark could call on “man’s best friend”, Rex, to sit a little closer and get things warmed up again…he was always a ready companion. Mark loved the land, his family and friends, and the Lord, who he acknowledged as the Giver of all good things.

On Tuesday, September 14, 2021, Mark passed from this life at the age of 64 years. He was joyfully welcomed by: his grandparents; his parents, Ed and Alma Donkersloot; and his brother, Lyle.

Mark is survived by his daughter, Ashley Donkersloot (Lee Williams) of White Salmon, WA; sisters: Leanne (Jeff) Cline of Elgin, IA, Mary Donkersloot of Los Angeles, CA, and Rhonda (Eric) Rosenbaum of Dakota Dunes, SD; numerous nieces and nephews; other relatives and a host of friends. His free spirit will be greatly missed.

Share Your Memory of
Mark
Upload Your Memory View All Memories
Be the first to upload a memory!
Share A Memory