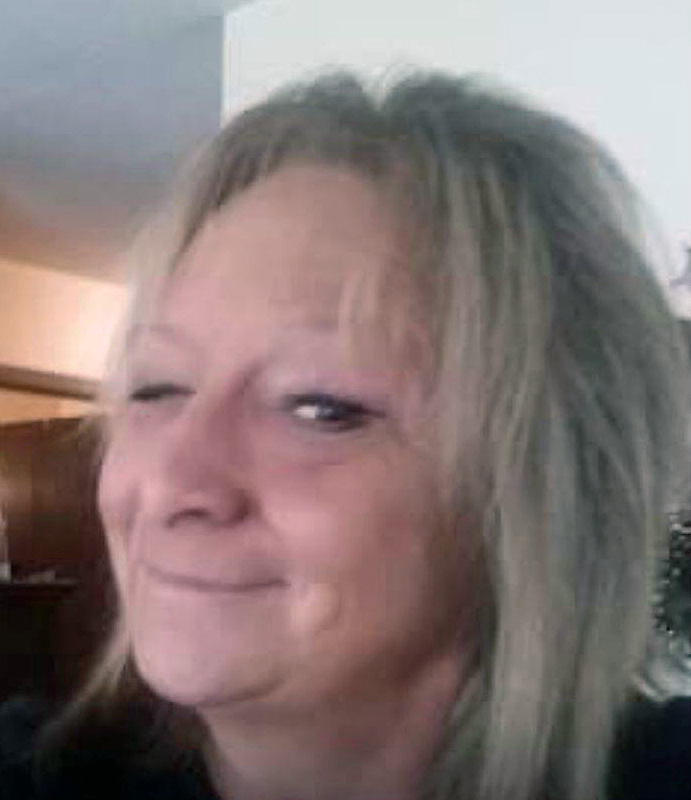 Please share a memory of Gwenda to include in a keepsake book for family and friends.
View Tribute Book

Gwenda Lynn “Gwen” Schilling, daughter of LeRoy John and Alice Angeline (Noethe) Foreman, was born at Sheldon, Iowa on December 14, 1963. She spent her youth around Sheldon, along with her sister and brothers, attending school through the 12th grade.

On December 17, 1987, Gwen became the bride of Greg Schilling at his parent’s home in Sibley, Iowa. The new couple began their life together on a farm near Sanborn, Iowa, eventually moving to Melvin, Iowa. Gwen was employed with Polaris as a truck dispatcher. She relocated to Hartley, Iowa and worked for B & B Farms and various other trucking companies as dispatcher.

In her free time, Gwen enjoyed being outdoors, whether it was riding horses or motorcycles. She liked trying her luck at the casino, and then doing some shopping at the Harley store. Watching her son, Nick, race was another favorite pastime. Gwen was a member of St. Patrick’s Catholic Church in Sheldon.

On Sunday, August 15, 2021, Gwen passed from this life at the age of 57 years. Preceding her in death were her grandparents, Henry and Elizabeth Foreman, and Lawrence and Gladys Noethe; her parents, LeRoy and Alice Foreman; and a brother, Glenn Foreman.

Left to cherish her memory are her children and grandchildren: Nick (Sara) Schilling of Sanborn, IA, Rori and Abe; Jes Rohrbaugh of Bowling Green, MO, Desiray, Syrianna, Damian, and Jace; son-in-law, Johnny Seemann of Kiln, MI, Rylee, Zane, and Zoey; her former husband, Greg Schilling; special friend, Cully Vermeer; one sister, Gerri and her children: Dillan and Cody; two brothers: Gordon Foreman and his children: Cameron and Cullin, and Greg Foreman and his wife; many other relatives and friends.

Share Your Memory of
Gwenda
Upload Your Memory View All Memories
Be the first to upload a memory!
Share A Memory