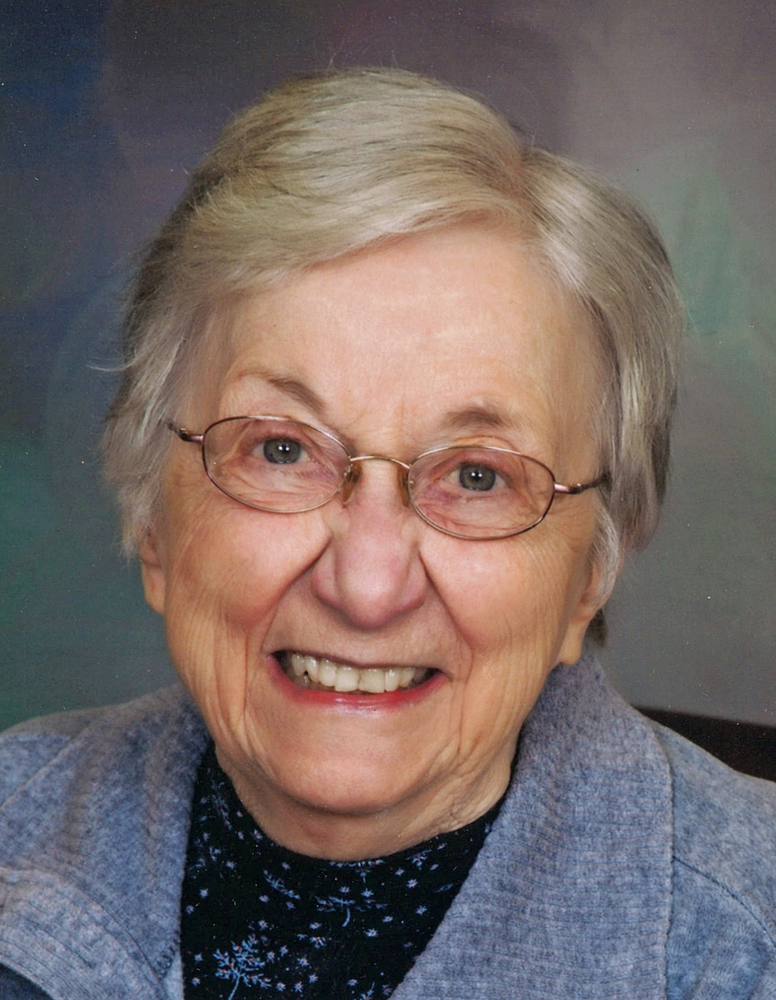 Please share a memory of Lola to include in a keepsake book for family and friends.
View Tribute Book

Lola Mae Graham was born on November 16, 1923 to John W. and Lola May (Voght) Graham. She was born and raised in the Sioux City, Iowa area and received her education at surrounding schools. She had one brother, Jack Graham. Lola's fondest childhood memory was doing puzzles, which became a lifelong hobby.

Following high school graduation, Lola attended the University of Iowa at Iowa City intending to earn her nursing degree. While in college, she met Cecil Tinker of Sioux City, Iowa, and in January of 1945, they were married. The couple made their home in Sioux City and welcomed two children to their family: Mike and Jeanne. In September of 1951, Cecil passed away; Lola enrolled at Morningside College in Sioux City and received her Elementary Education degree. She then taught third grade for several years in the Sioux City school system.

While enjoying some square dancing with friends at the Shore Acres Ballroom in Sioux City, Lola met Mr. Henry Glover. They soon discovered they had more in common than just dancing, and were married in June of 1959. Lola and her two children relocated to Sanborn, Iowa to join Henry and his four children: Donna, David, Denise, and Dean. Eventually, Henry and Lola completed their family with a daughter, Ann.

Henry and Lola were both employed with the Sanborn Public School – Henry taught industrial arts, agriculture, and mechanics; Lola taught remedial reading, something she found gratifying and rewarding right up to her retirement in the early 90’s. However, not everything revolved around “reading and writing”; Lola and Henry were known in the area for their love of dancing and would often follow “The Memory Brothers” group whenever they could. They also enjoyed camping together or traveling to visit family and friends. Many of their trips involved reunions with buddies from Henry’s WWII trucking unit.

After Henry passed away in 2004, Lola remained in their home at Sanborn and continued utilizing her time and teaching skills by volunteering at Learning Tree Preschool located in Sanborn – something she had enjoyed doing since her retirement. She loved the little kids, and they her; becoming known as “Grandma Lola” to many beyond her own family. She also kept busy gardening and canning the produce, knitting children’s mittens, doing crossword and word search puzzles. Of course, all this could wait if it meant spending some time with her 11 grandchildren and 18 great-grandchildren!

Lola was a member of St. Andrew's United Methodist Church in Sanborn and the Order of Eastern Star. In September 2007, Lola became a resident at Prairie View Manor in Sanborn, and in January of 2015, moved to Prairie View Nursing Home. She passed from this life there on August 7, 2021 at the age of 97 years. Her memory will be held close by all those who knew and loved her.

Memorials given in Lola’s honor will be directed to the

Share Your Memory of
Lola
Upload Your Memory View All Memories
Be the first to upload a memory!
Share A Memory