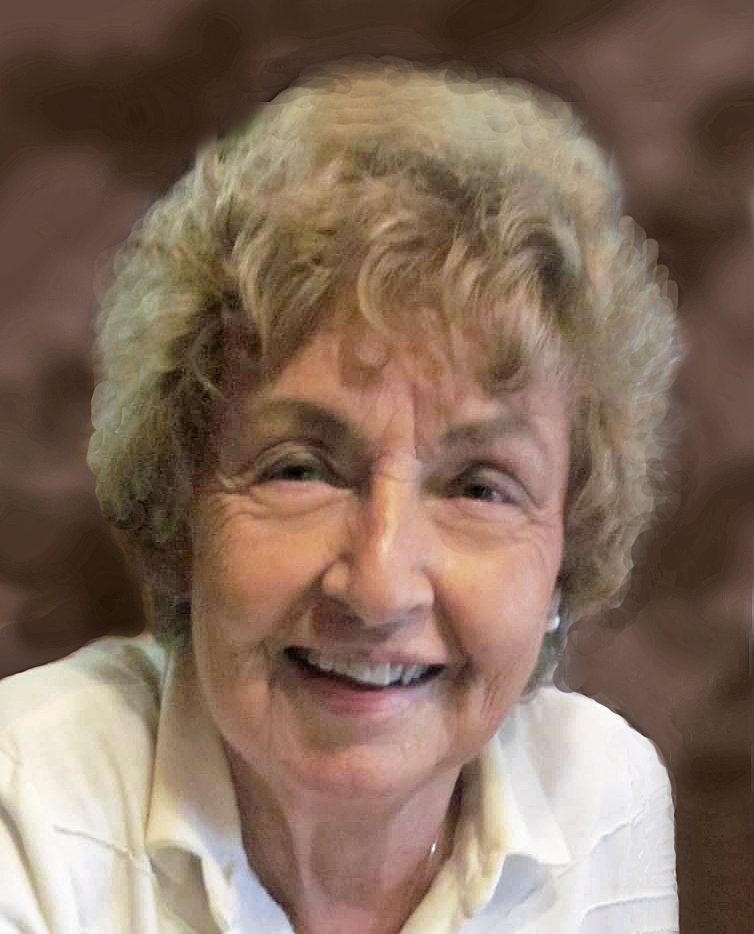 Please share a memory of Geraldean to include in a keepsake book for family and friends.
View Tribute Book

Geraldean Lucille “Jeri” Niewendorp was born in Elgin, IL on May 16, 1930 to Edmund and Dorthea “Dorothy” (Zickuhr) Bergeman. She spent her youth in Oswego, Batavia and Aurora, IL before moving with her family to Sioux City, IA. There she completed her junior and senior years, graduating from Central High School in 1948.

On November 18, 1949, Jeri was united in marriage to Byron Albert Niewendorp. They lived the major portion of their married life on a farm east of Melvin, IA where they raised their two children, Gregory “Greg” and Christine “Christy”. In 1993, Byron and Jeri retired and moved to the town of Sanborn, IA.

Jeri belonged to the Y-Adnom Women’s Club in Hartley, IA for many years and was also an active member of St. Paul’s Lutheran Church in Hartley. She managed the church library, participated in Ladies Aid, taught Sunday School, and took part in the Sanctuary Choir and Bell Choir. In later years, Jeri learned to play the violin. She found great satisfaction in performing with her instructor at various recitals and wedding ceremonies.

In the years she spent on the farm, Jeri took in all the wonderful things nature has to offer to someone living in the country. She was an avid birdwatcher, found gardening to be a rewarding endeavor, and enjoyed caring for her pets. Yet, nothing was as important as her five grandchildren; they were the highlight of her life. News about their activities or visiting with them were treasured times. Jeri passed from this life on Monday, July 26, 2021 at the age of 91 years.

Jeri is now in the company of those who have gone before: her son, Greg Niewendorp, who passed away at his farm near Bandy, VA on June 27, 2021; her parents, Edmund and Dorthy Bergeman; sister, Sharon Lewis Scott; sister-in-law, Fanny Bergeman; brothers-in-law: Maurice Lewis and Ken Scott.

Gregory Lee “Greg” Niewendorp was born on May 26, 1952 at Primghar, IA to Byron and Geraldean “Jeri” (Bergeman) Niewendorp. His early life was spent on a farm east of Melvin, IA along with his sister, Christy. Greg received his education at Melvin Community School, graduating with the class of 1970.

Following high school, Greg attended Northern Michigan University at Marquette, MI where he earned his teaching degree. His student teaching term took him to St. Lawrence Island off the coast of Alaska. He returned to Michigan and taught there for 2 years.

Always passionate about nature and the responsibility we each have in maintaining our resources, Greg took time to help plant trees for the National Forest Service in Mississippi.

On August 5, 1979, he  was united in marriage to Marlene “Marley” Schneider of Traverse City, MI. To this union, three children were born: Emily, Joseph, and Claire. The family lived near Houghton, MI for a time, then moved to East Jordan, MI.

Greg had a keen interest in how things had been done in the past – he loved learning new skills to accomplish such things as building a log cabin and running his own sawmill, to farming with horses and breeding his own line of grass-fed cattle.

In 2008, he moved to Tazewell, VA to continue raising his cattle and taking in the beautiful scenery while riding motorcycle through the mountain roads.

On Sunday, June 27, 2021, Greg passed away at his farm near Bandy, VA at the age of 69 years. His final resting place is at Maplewood Cemetery near Tazewell, VA. Preceding him in death were his grandparents: Ben and Val Niewendorp of Sanborn, IA, and Edmund and Dorthea Bergeman of Ashland, WI; aunts: Sharon Lewis Scott and Fanny Bergeman; uncles: Maurice Lewis and Ken Scott.

Share Your Memory of
Geraldean
Upload Your Memory View All Memories
Be the first to upload a memory!
Share A Memory