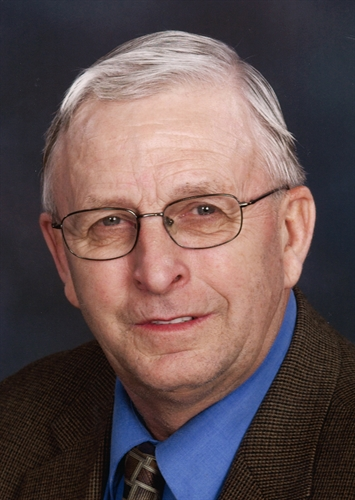 Please share a memory of Arlan to include in a keepsake book for family and friends.
View Tribute Book

Arlan Dean Wiekamp, the son of Albert and Rouvina (Cleveringa) Wiekamp, was born June 12, 1942 near Orange City, Iowa. His childhood years were spent on a farm near Newkirk, Iowa where he attended the local country school. Following graduation from Floyd Valley High School, Arlan worked for area farmers helping them with their agricultural operations.

On December 10, 1965 Arlan was united in marriage to Eunice (Runia) Wiekamp. They began farming together near Newkirk and Maurice, Iowa before moving to their farm by Sanborn, Iowa where they raised cattle and row crops. Arlan also drove truck for Sanborn P&L and Data Dimensions, tended to cattle at Northwest Cattle Confinement, and eventually was employed at Rosenboom in Sheldon, Iowa. Not only was he a diligent, hard-working employee, he was kind to everyone he met and always willing to lend a hand. He ended his working career driving truck for Farmers Coop Society.

In 2003, Arlan and Eunice moved to the town of Sheldon, fulfilling Eunice’s dream of living in a smaller home near her children. They both enjoyed spending more time with their family and attending grandchildren’s activities. Every grandkid knew Grandpa kept Gummy Bears in his pocket…now a treasured memory.

Arlan was a member of Sanborn Christian Reformed Church, where served as Deacon and participated in Bible study. A trip to Washington D.C. with Farm Bureau remained a highlight over the years.

On Monday, July 19, 2021, Arlan gained his reward in Heaven at the age of 79 years. His family takes comfort knowing he is safe in the arms of Jesus and free from his earthly physical and mental health limitations.

He was proceeded in death by his wife, Eunice in 2007; grandson, Timothy Rensink in 2016; and his parents, Albert and Rouvina Wiekamp.

Share Your Memory of
Arlan
Upload Your Memory View All Memories
Be the first to upload a memory!
Share A Memory