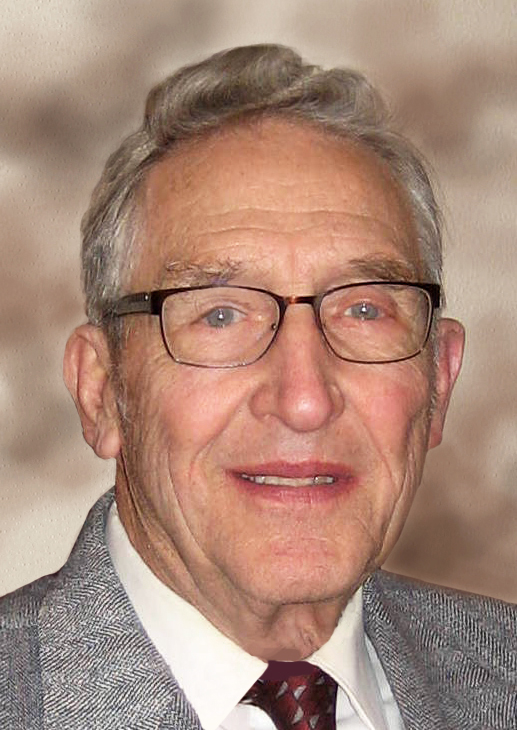 Get Directions
Saturday
8
May

Please share a memory of Ted to include in a keepsake book for family and friends.
View Tribute Book

Ted Bootsma, son of Charles and Jessie (Boer) Bootsma, was born on September 14, 1930 at Sanborn, IA. He grew up on a farm by Sanborn along with his brothers and sisters. Ted received his education at Sanborn Christian School, graduating from Hull Western Christian High School with the class of 1947.

On January 12, 1951, Ted was united in marriage to Nellie Joan Dykstra at the Christian Reformed Church in Sheldon, IA. They began their life together on a farm near Sanborn and became parents to six children: Audrey, Roger, Sheryl, Kathy, Carol, and Terry. Normally, day-to-day farm work consumed most of Ted’s time, but when he could get away, the family liked to use it making some lasting memories on camping trips together. His children and grandchildren were always a constant source of enjoyment for him; times spent together were treasured. Ted also liked “tinkering around” in his shop on the farm, doing repairs or creating small woodworking projects for family and friends. If it was too cold to be outside, he could entertain himself with Sudoku or mastering a jigsaw puzzle.

Ted was a member of the Christian Reformed Church in Sanborn where he had served as a deacon and elder. He and Nellie volunteered to go with others on church mission trips to Mississippi and help with work projects in Mexico.

Share Your Memory of
Ted
Upload Your Memory View All Memories
Be the first to upload a memory!
Share A Memory