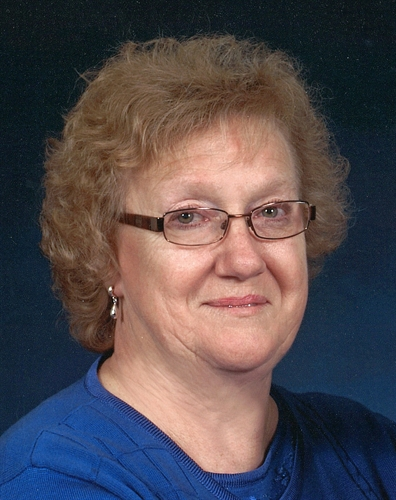 Please share a memory of Karen to include in a keepsake book for family and friends.
View Tribute Book

Karen Loretta Klaassen, daughter of Earl E. and Merna L. (Klatt) Jacobs, was born December 17, 1946 at Hartley, IA. She spent her early years on a farm near Melvin, IA along with her five brothers and sisters, and began attending school in Melvin. Later on, the family relocated to a farm closer to Hartley, so Karen completed her education there, graduating from Hartley High School with the class of 1964.

On December 17, 1979, Karen became the bride of Myron Denis Klaassen at Trinity United Church of Christ in Hartley. The couple made their home in Sanborn, IA, where they raised their sons and  immersed themselves in the life of the community. Karen devoted her time to caring for her growing family and keeping their home a warm, safe place to be.

After obtaining her C.N.A. certification, Karen worked at Primghar and Hartley for several years. She also served in different capacities at Trinity United Church of Christ where she and Myron were members and was a proud, 26-year member of the Order of the Eastern Star. In the summer, Karen enjoyed being outdoors working in her garden or tagging along with Myron and the boys when they went fishing. She also spent many hours creating beautiful quilts or just relaxing with some yarn and knitting needles in her lap. Busy or not, Karen always found time to “solve the world’s problems” with dear friends over a cup of coffee…times she treasured.

She and Myron both looked forward to short “get-aways” to try their luck at nearby casinos…it wasn’t about the winning as much as it was about just being together. Winters they spent in Arizona usually proved a welcome retreat from the Iowa snow, but Karen was always glad to get back home to see their family and hug the grandkids as they were the center of her life.

Karen passed away on Saturday, March 20, 2021 at the age of 74 years. She now joins loved ones who have gone before: her husband, Myron in 2017; her parents, Earl and Merna Jacobs; and in-laws, William and Margaret Klaassen.

Share Your Memory of
Karen
Upload Your Memory View All Memories
Be the first to upload a memory!
Share A Memory