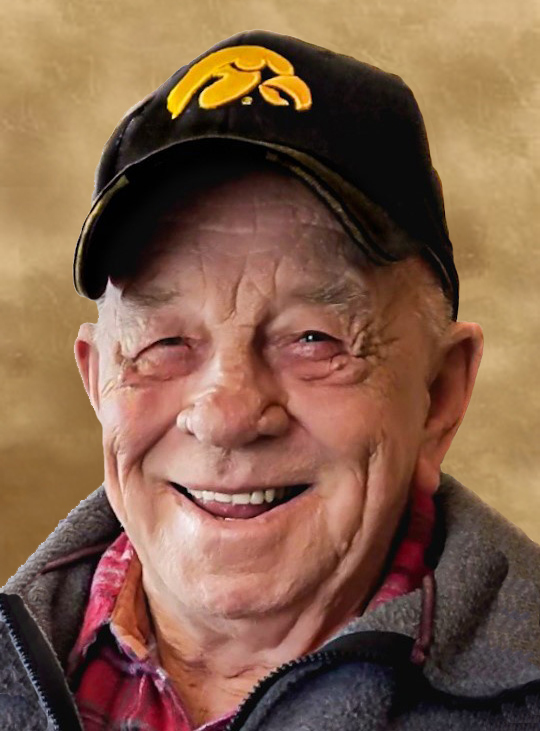 James Gerald “Jim” Van Dyke, entered the world on April 4, 1936 at Sanborn, IA; one of four children born to Jacob and Bessie (DeVries) Van Dyke. He spent his youth in the Sanborn area and received his early education at Sanborn Christian School, graduating in 1954 from Western Christian High School at Hull, IA.

On September 12, 1957, Jim was united in marriage to Joy Ann Van Oort at the Christian Reformed Church in Sanborn. Following their marriage, Jim and Joy farmed near Sanborn for many years, and were the parents of four sons: Randy, Rick, Rob, and Ryan. Jim was also employed by Hartog Elevator for a time before becoming the District Sales Manager for Golden Harvest Seed Company, retiring in 2001.

Not one to sit idle, Jim’s days were kept busy – if not with work, then relaxation!  He enjoyed being outdoors, going camping, fishing, golfing and gardening. While working for Golden Harvest, he and Joy went on many trips, including places like Spain and Hawaii. His grandchildren were his pride and joy, and as they got older, he and Joy attended all their activities from concerts to ballgames. Friends and family were very important to Jim and he enjoyed visiting with everyone, starting his day with a cup of coffee at Jay’s Restaurant.

Jim was a member of the Sanborn Christian Reformed Church. He was also a volunteer for several years at Wheelchair Ministry in Sanborn, sharing his time and talent to help others in need.

On Tuesday, March 9, 2021, Jim passed from this life at the age of 84. Those preceding him were his wife, Joy; and his parents, Jake and Bessie Van Dyke.