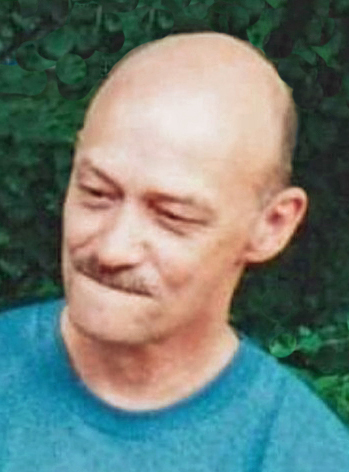 Please share a memory of Dennis to include in a keepsake book for family and friends.
View Tribute Book

Dennis LeRoy Hickmon was born in Sioux City, Iowa on February 9, 1950 to Leo R. and Carol E. Hickmon. He received his early education at Jackson, Nebraska and graduated from Everly High School in Everly, Iowa. After graduation, he married Fern Kuehler and welcomed a daughter, Christine. He enlisted in the U.S. Army, after which he was sent to Vietnam where he was a crew chief on a Huey helicopter with the 1st Air Cav unit for nine months. After his discharge, he married Mary Minard, and welcomed his second child, David, a son.

Dennis went on to graduate from Buena Vista College where he obtained his Bachelor of Arts degree in English with a minor in Art. He taught for a short time before returning to the military with the Iowa National Guard where he served as a Unit Administrator at the Fort Dodge Armory.

In 1986, he met Kimberly Rosalez, and her two sons Nathan and Ethan, which he welcomed as his own; they were married six months later. In October of 1987 they welcomed a son, Andrew. In December of 1988, they welcomed a daughter - the baby of the family, Caitlin. They shared 12 years of marriage.

In 1987, he returned to active duty with the U.S. Army where he served in the Military Police with duty stations in Kansas, Texas, Missouri, Oklahoma, Panama, Korea, Cuba, and Germany. After retiring from the military with multiple awards for his exemplary and distinguished service, as well as multiple citations from his superiors, he worked in Junction City, Kansas as a jailer. After a major medical complication, he was moved to the Iowa Veterans Home in Marshalltown, Iowa where he has lived for the past eight years of his life.

Dennis had avid interests in firearms, fishing, carpentry, as well as history, with his greatest interest and love being his family. Dennis went out of his way to help those in need, a trait he instilled in his children.

He departed this life on December 31, 2020 at the Iowa Veterans Home at the age of 70. He was preceded in death by his parents, his sisters: Cecil Pannell, Patricia Darnell, Carol Haga, Kay Darnell, and his beloved brother, Kenneth Hickmon. He was an outstanding soldier, beloved brother, uncle, father and grandfather. He will be forever missed.

His memory will live on in his children: Christine Larson of Des Moines, IA, David Hickmon of Florida, Andrew and Ashley Hickmon of Gowrie, Iowa, Caitlin Hickmon of Gowrie, Iowa, Nathan and Staci Esteras of Des Moines, Iowa, Ethan and Rebecca Rosalez of South Carolina; his thirteen grandchildren; his sisters: Mary Cooley of Lincoln, Nebraska, twin sister, Denise and her husband, Dennis Nurse of Hartley, Iowa, Jean and her husband, Bob Brewer of Ponca, Nebraska; as well as a multitude of nieces, nephews, cousins and friends.

Share Your Memory of
Dennis
Upload Your Memory View All Memories
Be the first to upload a memory!
Share A Memory