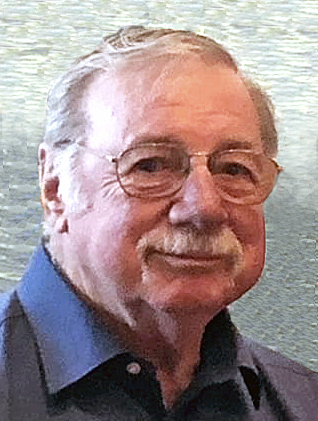 Please share a memory of Howard to include in a keepsake book for family and friends.
View Tribute Book

Howard James “Jim” Strayer entered the world on February 19, 1940 in Algona, IA; one of six children born to Howard R. and Marjorie (Gregerson) Strayer. He spent his youth in the Hartley, IA area where he received his education, graduating from Hartley High School in 1958. He then attended Northwest Iowa Technical College at Sheldon, IA, focusing on refrigeration - something he was fairly familiar with after helping his Dad operate the Hartley Meat Locker.

On January 31, 1961, Jim began serving his country with the United States Navy. While in the service, he maintained depth charges and stern racks as well as torpedo deck and tubes. In 1963, he received his honorable discharge and returned home. In the mid-60s, he was employed with Russell’s Ready Mix Concrete out of Sheldon as a concrete mixer.

Jim was united in marriage to Vivian E. (DeBoer) Vink on February 24, 1967 at the Little Brown Church near Nashua, IA. In 1970, Jim and Vivian moved to Boise, ID where Jim used his skills in refrigeration and air conditioning as a pipefitter. In 1976, they came back to the Midwest and opened Strayer’s Hardware located in Sanborn, IA. Wanting to be closer to family, Jim and Vivian relocated to Colorado Springs, CO in 1984. While living there, Jim became the General Property Manager for his daughter and son-in-law’s real estate company, Lowry Realty. He was also employed as an over-the-road truck driver, taking in all the beautiful scenery wherever he went. In 1990, they moved back to Sanborn. Jim continued driving truck until his retirement, then worked for Farmers Coop Elevator out of Sanborn until 2017.

Jim and Vivian were members of Grace Evangelical Free Church in Sanborn, the NW Iowa Singles Club, and had made the Wounded Warriors Project a special concern. Jim was also a member of the Sanborn American Legion, Post #318. He was a great cook, an avid collector of anything old or unusual, and always had enough energy left at the end of the day to go dancing! All his years at the hardware store, and understanding electronics and refrigeration, gave him the ability to see “how things worked”; consequently, he couldn’t help but become a “Mr. Fix-It”. For relaxation, he enjoyed leather tooling or cheering on his favorite football team.

On Saturday, November 28, 2020, Jim passed from this life at the age of 80 years. Preceding him were his wife, Vivian E. Strayer in 2015; son, John D. Vink; his parents, Howard and Marjorie Strayer; a brother, Russell Strayer; sisters: Mag Baldwin, Donna Jobes, and Lillian Stone; one nephew, Rodney Strayer.

Share Your Memory of
Howard
Upload Your Memory View All Memories
Be the first to upload a memory!
Share A Memory