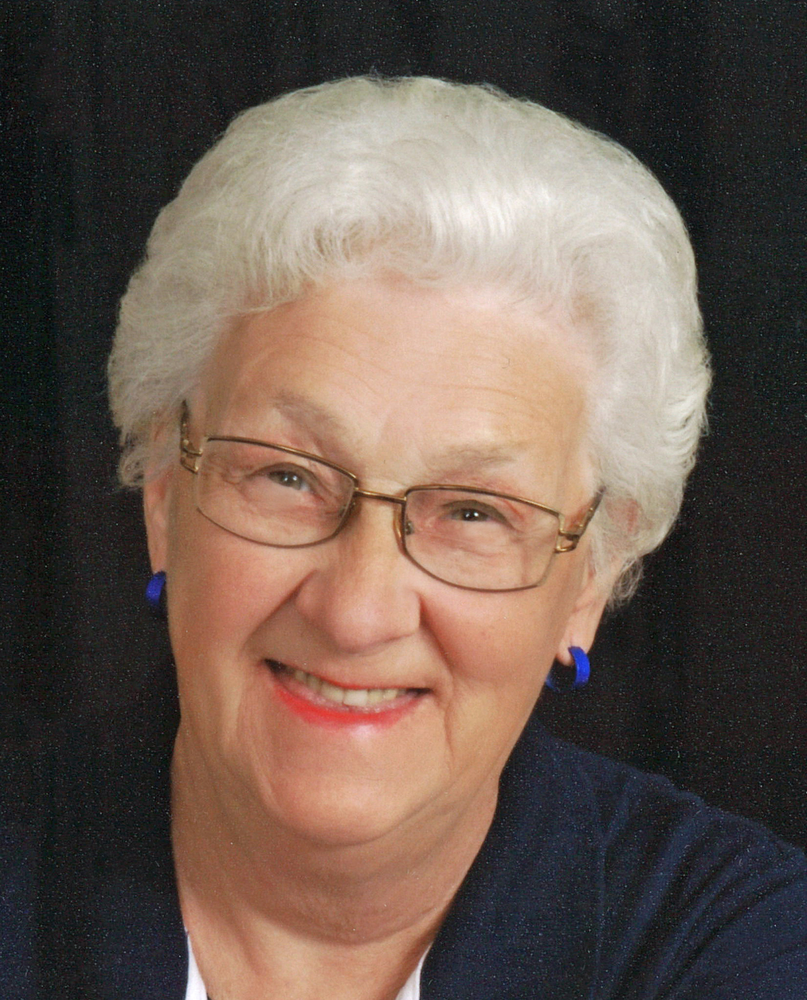 Please share a memory of Mariel to include in a keepsake book for family and friends.
View Tribute Book

Mariel Ann Dorman, daughter of William and Clara (Marquardt) Boyens, was born at Spencer, Iowa on October 15, 1936. She spent her youth around Primghar, Iowa along with her sister, Margie. She attended school at Primghar and graduated from Primghar High School with the class of 1954.

The following summer, Mariel became the bride of Kenneth Dorman on June 18, 1955, at Grace Lutheran Church in Primghar. As a young girl, she had also professed her Lutheran faith here as well. To this union were born four daughters: Diane, Karen, Shari, and Kendra.

Kenny and Mariel made their home in Sanborn, Iowa where they raised their family and became part of the Sanborn community. Along   with caring for her children and home, Mariel discovered she was actually pretty good at bowling and became a member of a Sanborn league. Many friendships were made at the lanes that lasted over the years.

To accommodate Kenny’s work, the family relocated to LeMars, Iowa in 1986. After his retirement in 2000, they moved back to Sanborn. Mariel was employed as a sales clerk in some local businesses and also at Prairie View Nursing Home. She enjoyed traveling and spending time with her family or catching up with friends over a cup of coffee. Birdwatching or working on puzzles was another relaxing pastime. She was a long-time member of St. John’s Lutheran Church.

Mariel passed from this life at her home in Sanborn on Tuesday, November 24, 2020 at the age of 84 years. Preceding her were her husband, Kenneth; her parents, William and Clara Boyens; her sister and husband, Margie and Roald Johnson; parents-in-law, Marvin and Hulda Dorman; a niece, Betty Christofferson; nephew, Ronnie Johnson; brothers and sisters-in-law: Daryle and Fern McGranahan, Donna and LeRoy Alons, and Bernice Dorman.

Memorial Services will be held at a later date.

Share Your Memory of
Mariel
Upload Your Memory View All Memories
Be the first to upload a memory!
Share A Memory