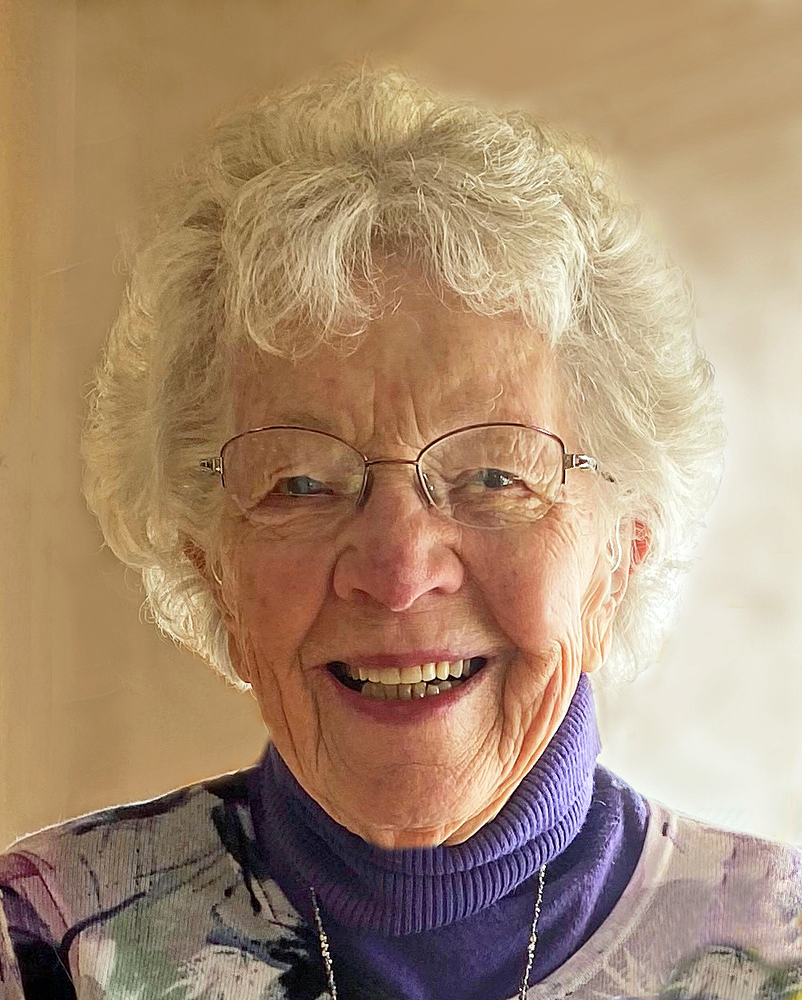 Please share a memory of Lavonne to include in a keepsake book for family and friends.
View Tribute Book

Lavonne Joan (Harms) Linder was born March 15, 1927 in Sheldon, Iowa, to Henry L. and Lillian Minnie (Saupe) Harms of Archer. Bonnie attended the Archer Consolidated school, graduating in May 1944. During her junior and senior years of high school, she played the piano for services at the Archer Methodist Church. Bonnie then received a two-year Elementary teaching certificate from Morningside College in Sioux City and taught 2nd grade for three years in Sutherland, Iowa and two years in Hartley, Iowa. Here she met Paul Linder and they were married on March 24, 1951.  The wedding was originally planned for the 18th; however, was postponed three times during that week due to continuing blizzards. Bonnie had enrolled at Iowa State University in Ames, and attended classes until Paul’s graduation in June 1952. Following this, they returned to the family farm one mile north of Hartley. The family spent three years in Kankakee, Illinois from 1959 to 1962 where she also played the church organ for two years. Upon moving back to the farm, Bonnie began playing the organ in April 1965 for Hartley Methodist Church.

As an active member of the United Methodist Church in Hartley, Bonnie served in many, many ways. She was most often the first to arrive on Sundays and the very last to leave. Bonnie’s love for music continued to shine as her gift to the congregation was her special place at the organ and piano for over 60 years. Bonnie served endlessly for her community of Hartley, as well. She was initiated into Chapter CW, P.E.O. in February 1957 and was a 50-year member of the Order of Eastern Star. Bonnie enjoyed reading or playing piano once a week for Mann Wing from 1986 to the present, as well as volunteering at the Oak Care Center in Sheldon once a month from the 1990’s to 2011. Bonnie was very supportive of the local school activities. For several years she accompanied middle and high school music students during contest time. She enjoyed educating children about agriculture and life on the farm through tours and classroom visits. Her contagious smile and most recent signature wave to the school bus warmed the hearts of millions around the world.

The simple things in life brought Bonnie the greatest joy! Her love for music, reading, sewing, gardening, and nature has left a lasting impression for generations to come. She treasured precious time with family including numerous travels across the country, special camping trips, and creating memories just being at home. Most importantly, Bonnie’s faith, love and devotion to Christ was exemplified in everything she did.

Bonnie, affectionately known as “Grandma on the Farm”, passed away peacefully in her home on November 19, 2020 surrounded by her loving children.

She was preceded in death by her devoted husband, Paul; and brother, Rodney Harms.

Paul’s letter to the Galatians, Chapter 5 vs. 22-23 reads, “But the fruit of the Spirit is love, joy, peace, patience, kindness, goodness, faithfulness, gentleness, and self-control.” This is how Bonnie lived her life! Her presence will have a lasting impact in the hearts of so many.

Memorials may be given to Grace Fellowship.

Share Your Memory of
Lavonne
Upload Your Memory View All Memories
Be the first to upload a memory!
Share A Memory