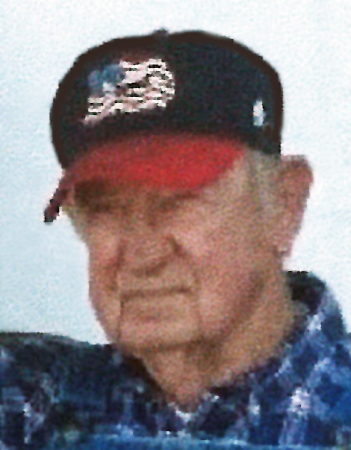 Please share a memory of Leland to include in a keepsake book for family and friends.
View Tribute Book

Leland Verle “Lee” Quaintance, son of Leland L. and Lucy (Medley) Quaintance, was born at Bushnell, Nebraska on August 16, 1925. As a youngster with six siblings to play with, Lee was used to days full of action and adventure, but how many four year-olds can say they accompanied their father on a real cattle drive?

Following graduation from high school, Lee served his country from 1944 to 1945 with the United States Navy during WWII, and the next three years with the Army during the Korean Conflict. On December 31, 1947, he was united in marriage to Ella Mae Christopherson; the couple was blessed with seven children. For several years, the family followed the wheat harvest, living in 14 different states across the Midwest. Eventually, Lee established his own construction company, building new structures and taking on remodeling and smaller jobs. When there was time for some fun and relaxation, he enjoyed bowling or going square dancing with Ella.

Lee was preceded in death by his parents; mother and father-in-law; four brothers: Stanley, Ronnie, Laythol, and Kenneth Quaintance; one sister, Ladean Tokle; a daughter, Patricia Arends; granddaughter, Ella Rae; and a host of cousins.

Share Your Memory of
Leland
Upload Your Memory View All Memories
Be the first to upload a memory!
Share A Memory