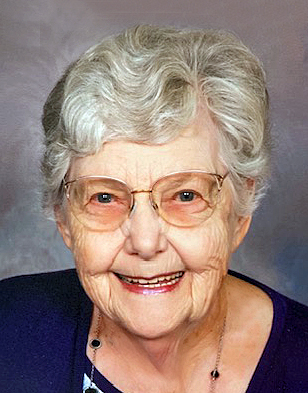 Please share a memory of Rosemary to include in a keepsake book for family and friends.
View Tribute Book

Rosemary Postma was born August 13, 1928 at Mobridge, SD. The daughter of Henry and Alma J. (Nelson) Jilek Pekelder, she lived her youth in rural Glenham, SD before moving with her family to Sheldon, IA.

On February 22, 1949, Rosemary was united in marriage to Arie Postma of Sanborn, IA at her parents’ home in Sheldon. The new couple began farming north of Sanborn, near Milford, IA, and south of Sanborn before opening the Bowl-Mor Lanes in 1956 in the town of Sanborn. The business flourished, and soon Arie added two more lanes to the original four. Being the great cook she was, Rose decided to bake her own pies and sell them at the bowling alley for 15 cents per piece – they were a hit! After an 8-year run, Arie and Rose sold the business in 1964; Rose continued working various jobs until her retirement.

Caring for four growing children and helping Arie at Bowl-Mor had kept Rose on a fairly tight schedule. When she could find some free time, she chose to spend it immersed in her passion – genealogy. Over the years, Rose had written countless letters and made many phone calls in search of information that would help her piece together the story of her family’s history. Her diligence and persistence resulted in four compete genealogy books – her gift for the generations yet to come.

Wanting to escape the cold and snow, Rose and Arie enjoyed several winters in the Arizona sun. Summers were spent at Okoboji, relaxing at Cutty’s or making memories for their grandkids with nothing more than a fishing pole and a tub of bait.

Rosemary lost her partner of 65 years when Arie died on May 5, 2014. She moved to Prairie View Nursing Home at Sanborn in November of 2015. While living there, she enjoyed the many activities Prairie View offered – especially crafts! Phone calls, cards and visits from her kids, grandkids and great-grandkids were always treasured times. Rosemary passed from this life on Saturday, November 7, 2020 at the age of 92 years.

Share Your Memory of
Rosemary
Upload Your Memory View All Memories
Be the first to upload a memory!
Share A Memory