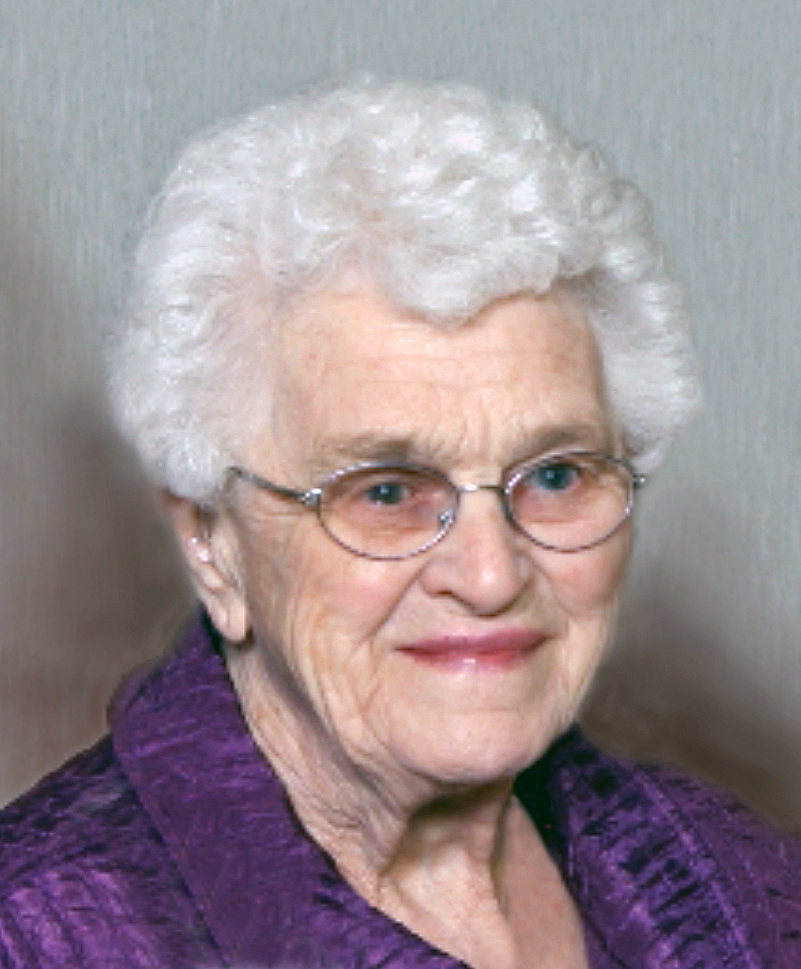 Please share a memory of Agnes to include in a keepsake book for family and friends.
View Tribute Book

Agnes Van Beek, daughter of Cornelius and Sibea (Alkema) Kuik, was born on May 13, 1925 at Orange City, Iowa. She spent her youth near Sanborn, Iowa where she attended Christian School through the 8th grade.

On September 2, 1943, Agnes was united in marriage to Wilbur John Van Beek at Denver, Colorado. Together, they farmed in the Sanborn area, and raised their family here as well. With five sons and one daughter, Agnes had her hands full most days. If it wasn’t laundry or mending blue jeans, there was always the next meal to prepare – and she managed to handle it all.

In February of 1984, Wilbur and Agnes retired from the farm and moved into the town of Sanborn. She now had more time to have coffee with friends or just spend some relaxing evenings doing handwork. However, she never lost her interest in farming and always enjoyed taking rides out to the country to view the crops. Her family meant the world to her, and anyone was welcome at any time to pop in for a visit. (Most of the time the lid on the candy dish could be heard clinking in the other room!) When she wanted to take life a little easier, Agnes became a resident at the Christian Retirement Home at Sheldon, Iowa, living there for seven years. She was a member of the Cornerstone United Reformed Church in Sanborn where she participated in the Ladies Aid. Her advice to her children and grandchildren was to remain close to their Lord and Savior througho ut their lives.

Those having preceded her in death are her husband, Wilbur; her parents, Cornelius and Sibea Kuik; one brother, George Kuik; one sister, Dorothy Roos; three sons: Wayne, Calvin, and Jerry Van Beek; great-grandson, Reegan Roelfs; and her mother and father-in-law, William and Jacoba (Snip) Van Beek.

Share Your Memory of
Agnes
Upload Your Memory View All Memories
Be the first to upload a memory!
Share A Memory