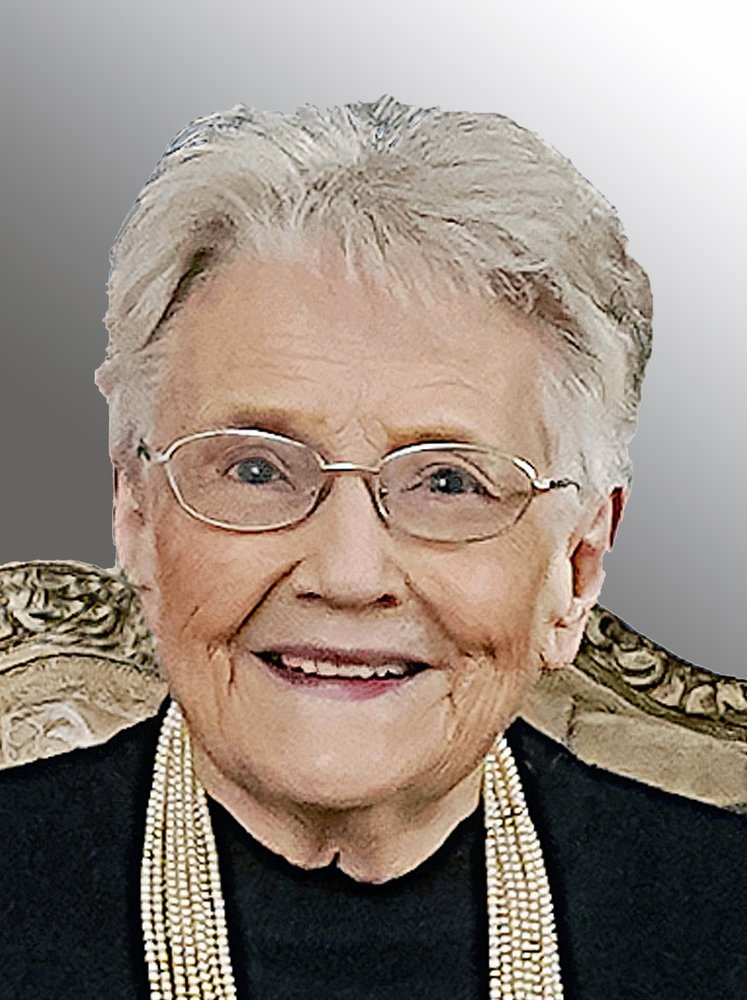 Please share a memory of Phyllis to include in a keepsake book for family and friends.
View Tribute Book

Phyllis Arlene (Hinz) Feldt, of Lakeville, MN, passed away into the loving arms of her dear Savior at the age of 89 on September 21, 2020 after a long, full life. She was a devout Lutheran who believed that God had a plan and purpose for everyone.

Phyllis was the first-born daughter of Max and Mable Hinz on March 5, 1931 in Dale Township, O’Brien County, Iowa. The family lived on several different farms in the area before settling on a farm southwest of Hartley, IA with her three energetic, fun-loving sisters. This is where she learned about hard work and perseverance, skills that served her well into adulthood. Phyllis was confirmed in 1945 at St. Paul’s Lutheran Church in Hartley and she graduated from Hartley High School in 1948. Following high school, Phyllis attended the American Institute of Business (AIB) in Des Moines, IA. She was a good student in high school and AIB as evidenced by her position on the honor role. After graduating from AIB, Phyllis was hired by the Iowa State Board of Parole as a secretary and court stenographer. She met Robert Junior Feldt of St. Ansgar, IA after being set up on a blind date by her best friend. The couple was married on March 31, 1951 and began their life together in Waterloo, IA and eventually settled in Redwood Falls, MN in November 1954. They were divorced in April 1970.

After the divorce, Phyllis remained in Redwood Falls where she raised her five children by herself. Her professional career included work at the American State Bank in Redwood Falls from 1966-1975. As an employee, she sought opportunities to advance her career from bookkeeper, bank teller, and executive secretary through educational opportunities offered by the bank and Minnesota Bankers Association. She also became a licensed insurance agent after completing coursework through the American Mutual Insurance Alliance in 1970 and was put in charge of the Insurance Agency at the bank. In 1972, she even ran for the Redwood County clerk position. Being the strong, independent and hard-working woman that she was, she purchased the local Dairy Queen franchise in 1976 in order to better support her family. The following year it was remodeled to a DQ Brazier with a full food menu, and frozen cakes added to the dessert list. She sold the business after 24 years. In 1990, she became a licensed Realtor in both Minnesota and Iowa.

Phyllis was active in the Redwood Falls community, especially before becoming the owner/operator of the Dairy Queen. She volunteered in various activities at her home church, St. John’s Evangelical Lutheran Church, and for banquet and theme-related operations at the Minnesota Inventors Congress, which was held at the Redwood County Fairgrounds. Phyllis was a member of the Redwood Falls Chapter of the Southwest Women’s Association for Fine Arts, where she served on various committees and as treasurer for three years. She served at the local, county, district and state level of the Minnesota Federation of Women’s Clubs, serving as county president for three years and district president for two years. From 1973-1976, she served as executive secretary with the Redwood Falls United Way. At the time, the organization was in disarray. Phyllis, along with then president Jim Lasley, grew receipts from $11,000 the first year to $43,000 the second year. Phyllis served as the director of the Redwood County Historical Society for three years and it was during this time the Redwood County Museum was moved to its current permanent home in 1978.

After selling the Dairy Queen, Phyllis wanted to be closer to her sisters. She sold the house in Redwood Falls and moved to Spirit Lake, IA. A diagnosis of breast cancer in 1991 brought her to the realization that she wanted to be closer to her children, so she moved back to Minnesota and bought a townhome in Apple Valley in 1994. She served on her Townhome Association’s Board until 2005. Phyllis went back to work full-time at ChexSystems in Bloomington and then Woodbury, MN after the company moved. She also worked as an elections judge in Apple Valley for many years. She officially retired in 2003.

After retirement, Phyllis filled her life with reading, organizing and labeling her photo albums, and researching, collecting and scrapbooking information and artifacts about the family tree. She fondly recalled trips with her sisters and brothers-in-law, playing cards, and going to casinos. In addition, a trip to Europe in 2000 was a special travel highlight. She traveled throughout Germany and Austria for three weeks with her daughter Alison. A visit to Kappeln, Germany, her father’s birthplace, and touring the concentration camp at Dachau were especially memorable.

One of her favorite memories to share was the occasion of her 70th birthday. Her children, led by Pamela, planned a surprise party at the Charthouse in Lakeville, MN. In attendance were all of her children, daughter-in-law, son-in-law, four grandchildren, her three sisters and their husbands, and brother- and sister-in-law, Harold and Ann Feldt. Her sisters dressed up in clothing, complete with hats, from the era Phyllis was born. They even provided Phyllis one of her mother’s hats. Her grandchildren gifted her a handmade birthday card, which to this day, hangs above her desk in her home office.

For pleasure, Phyllis enjoyed watching sports especially college hockey and football games.  She loved the border battle rivalries between Minnesota and Iowa and giving her sisters a good ole’ fashioned ribbing, and of course, she got her fair share of ribbing in return.  She was also a big Minnesota Twins fan, following them religiously on TV and radio, and occasionally at the ballpark with family.

She was most proud that all five of her children were college graduates, several with advanced degrees, and that each enjoy/enjoyed fulfilling careers. Being close to family was always a priority to her. The most precious gift she held closest to her heart was being called Grandma by her five grandchildren; Thomas, Susan, and Samuel (Robert and Lorri Feldt), and Maxwell and Elizabeth (Jennifer and Timothy Hockin).  She was incredibly proud of their unique gifts and talents and all they have accomplished. Thomas, Susan, and Samuel all graduated with honors from Indiana University. Currently, Thomas works at Taubman Centers in Bloomfield Hills, MI, Susan is a resident at The University of Chicago’s Pritzker School of Medicine in Chicago, IL, and Samuel enjoys his work career with Grainger also in Chicago. Maxwell is pursuing a degree in Conservation Law Enforcement at the University of Wisconsin-Stevens Point, WI and Elizabeth is a senior at Wausau West High School (WI).

Memorials given in Phyllis' name will be sent to the

Services are pending with the

Share Your Memory of
Phyllis
Upload Your Memory View All Memories
Be the first to upload a memory!
Share A Memory