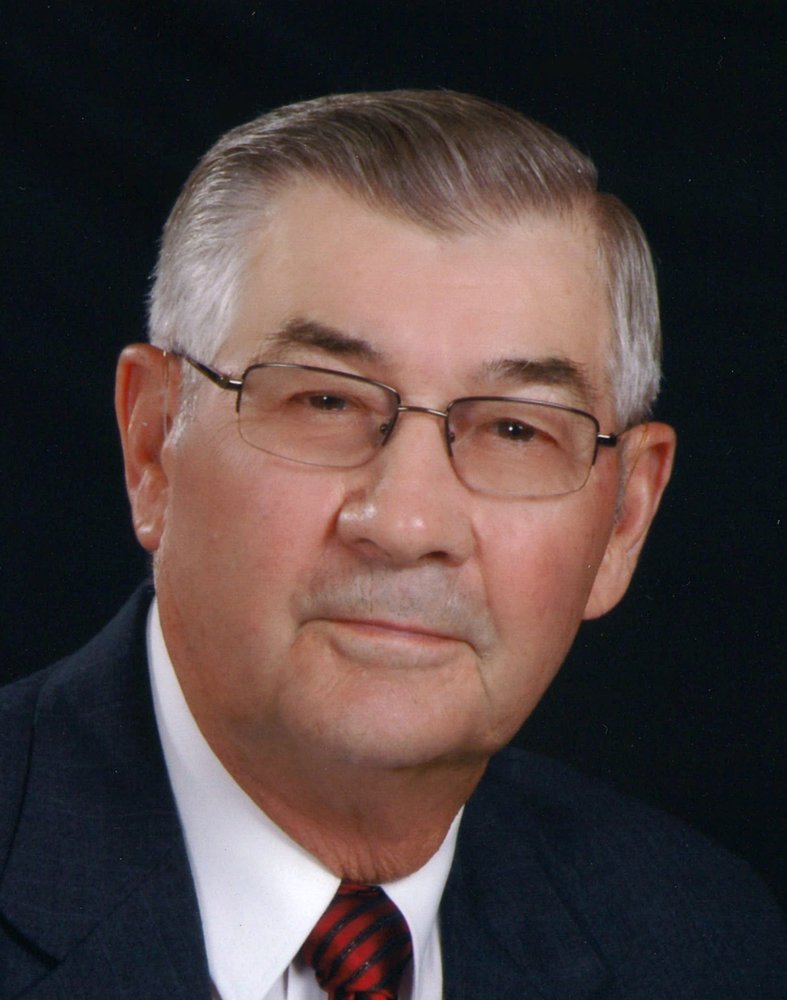 Please share a memory of Douglas to include in a keepsake book for family and friends.
View Tribute Book

Douglas Wayne “Doug” Holtz was born on September 3, 1934 in rural Harrison Township near Harris, Iowa, the son of Walter and Luella (Holst) Holtz. He grew up in the May City, Iowa area where he and his brother, Gilbert, did what most farm kids do…play a little – work a lot. His love of agriculture began at an early age with daily chores and farm work and continued well into adulthood. Doug received his education through the country school system, graduating from Excelsior High School in Dickinson County.

On November 1, 1953, Doug was united in marriage to Avonelle Simonson at the Lost Island Lutheran Church in Ruthven, Iowa. Their life together began near May City, Iowa where they were engaged in farming. Their family would expand to include six children: Rebecca, Dennis, Catherine, Steven, Jodene, and Todd.

In 1967, the family relocated to a farmstead four miles west of Melvin, Iowa. Doug and Avie continued to work the land and tend livestock along with the help of each family member as they were able. It was here many lasting memories were made through neighbors helping neighbors, old and new friendships, and all the family events that make you want to call a place “home”. Eventually, they “moved closer to the city” when they purchased a farm ¼ mile west of Melvin. With son, Dennis, involved in the farming operation, Doug had a little more time to tinker around the farm and relax a little. He always enjoyed a daily visit with the guys at JR’s in Melvin to catch up on the news of the day. His dry wit and friendly disposition usually had everyone feeling better when they left than when they came in. This also applied at all the family gatherings…his most treasured time was spent having a few laughs with the ones he loved most.

Doug was a member of the American Lutheran Church in Melvin where he had served as Head Usher and Sunday School Superintendent.

On Tuesday, August 18, 2020, Doug passed from this life at the age of 85 years. He now joins those who went before him: his parents, Walter and Luella Holtz; his siblings: Gilbert Holtz, Robert in infancy, and a sister at birth.

In lieu of floral tributes, consider making a contribution

in Doug’s memory to your favorite charity or organization.