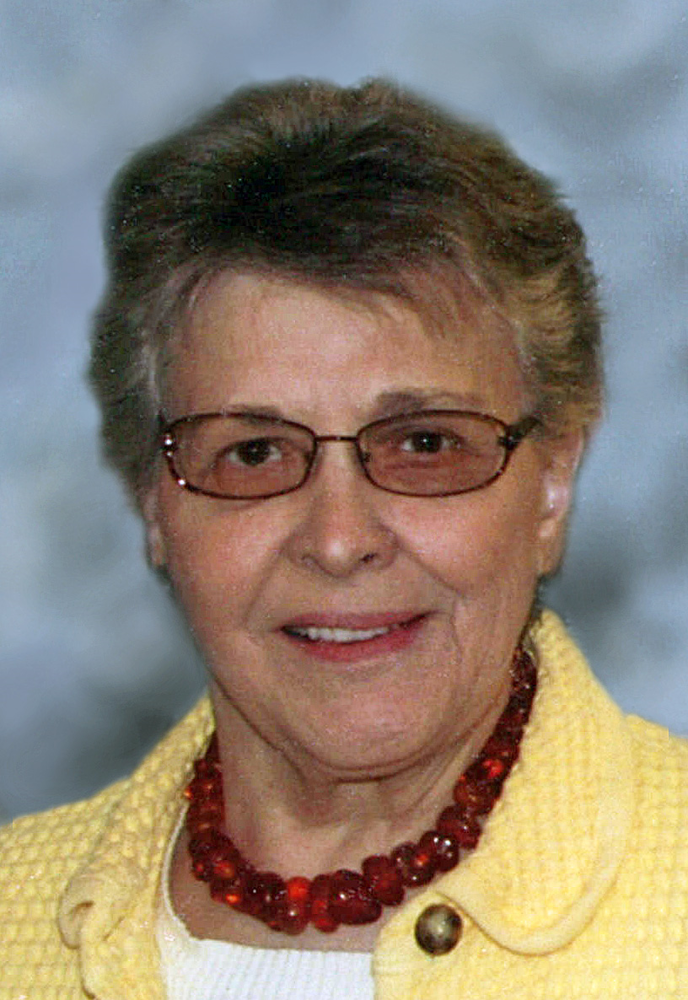 Please share a memory of Betty to include in a keepsake book for family and friends.
View Tribute Book

Betty Anne (Hembd) Taylor was born near Sibley, IA on December 26, 1934. She was the seventh child of Herman and Lena (Rosenberg) Hembd. She received her early education in a rural school near Ocheyedan, IA and graduated from Ocheyedan High School in 1952.

She received an associate degree in elementary education from Augustana College at Sioux Falls, SD and taught elementary school for several years. In 1954, she married Herbert Peters; they became the parents of Steven and Teri. Later, Betty graduated from Northwestern College in Orange City IA, and resumed teaching elementary school, predominately at Sutherland, IA. She regarded working with student writing and her association with the Iowa Writing Project to be the best parts of her career in education.

On June 27, 1970 Betty was united in marriage with Orville Taylor. They are the parents of Robert Taylor. Following their retirement, Orv and Betty operated an antique shop from their home as well as having booths in an antique mall and taking part in flea markets and antique shows. During those years, they enjoyed traveling, often mixing tourism with buying trips to add to their inventory.

Participating in writing groups enhanced her retirement years including starting the Hartley Writers Group at the local library. She was actively involved on Facebook messenger, offering kind words of encouragement to those who needed it most and enjoyed email correspondences with family and friends both near and far. Through those correspondences, she was able to coordinate family writings into two books: Shirt Tales, and Dear Folks. Her association with Jean Tennant of Shapato Publishing in Everly, IA made it possible for her to be involved in several anthologies, as well as publishing a collection of her own poems and essays in The Earth Abides.

Betty was an active member of St. Paul’s Lutheran Church in Hartley, IA,  Arts on Grand Writers Group in Spencer, IA, and The Hartley Historical Society. She enhanced her community with involvement in the rehabilitation of the Patch-Eeten House Historical Museum and a leading role in the Pleasant View Cemetery Chapel restoration committee. She treasured her children and grandchildren as well as other members of her extended family.

Betty passed away peacefully at home surrounded by family and friends on May 10, 2020. She will be remembered for sharing stories from past moments and events, her passion for life and unwavering religious faith, which offered continuous inspiration for all who came in touch with her.

She will be missed by her husband of almost 50 years, Orville; son, Steven Peters and his wife Judy; son, Robert Taylor; grandchildren: Jarrod and Lucas Fredericks, Brandon (Jazmine) and Derek Peters, Reese and Claire Taylor; sister-in-law, Marie Wells; Mark Fredericks, Dan Gruenig, and Melissa Jostand; a grand mixture of nieces and nephews; and others who have enriched her life.

Share Your Memory of
Betty
Upload Your Memory View All Memories
Be the first to upload a memory!
Share A Memory