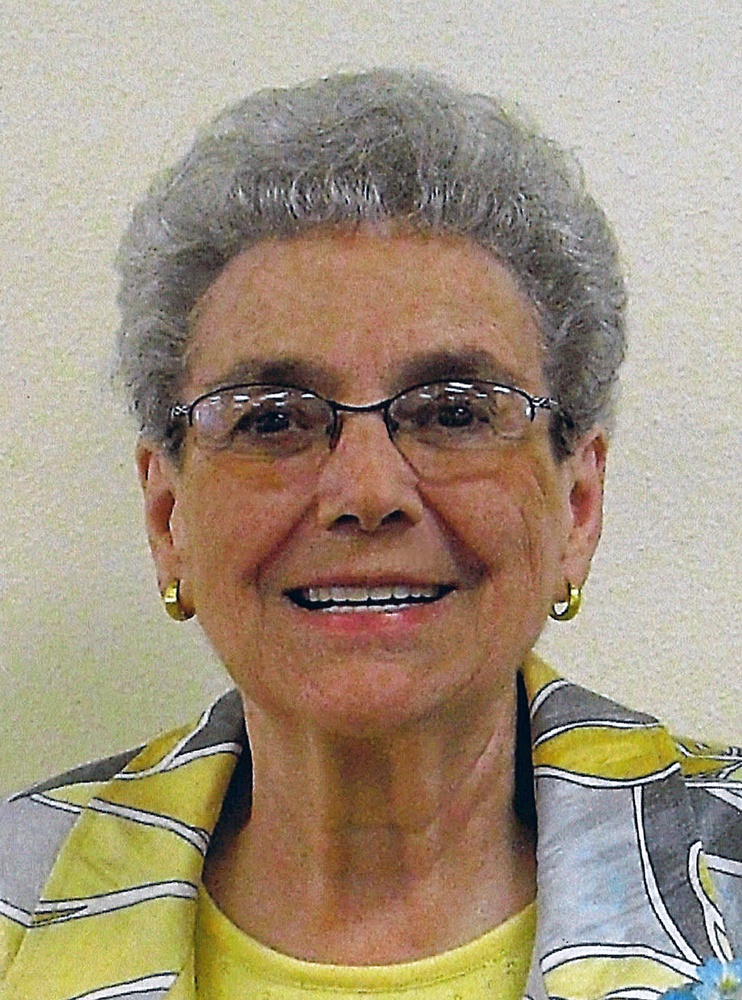 Please share a memory of Maureen to include in a keepsake book for family and friends.
View Tribute Book

Maureen Prins, age 86 of Sanborn, IA, passed away at the Sanford Medical Center in Sioux Falls, SD on Sunday, April 19, 2020. Due to the Corona Virus guidelines from the Governor of the State of Iowa, a Graveside Service will take place at a later date at Hospers Cemetery near Hospers, IA.

She was united in marriage to Arthur De Vos on March 22, 1952 in the Church of England in Ipswich. To this union was born two sons: Gary and Gene De Vos. In 1954 they moved to the Sheldon, IA area and then to Hospers, IA in 1955 where Art worked as a hired man until he passed away on October 24, 1981. Maureen was employed with the Sheldon School system as a cook from 1977 to 1997 when she retired.

On December 27, 1985, Maureen married John Prins at the Christian Reformed Church in Sanborn, IA. While making their home in Sanborn, John and Maureen enjoyed many years together fishing up North. Sunday morning coffee after church was a long-standing tradition, remembered fondly by their children and grandchildren. They enjoyed having all the grandchildren over for sleepovers. The boys loaded up in the back of the pickup and went to the Figure 8 Races at Primghar, IA while the girls went shopping and stayed up late watching Maureen’s favorite English shows on PBS.

John passed away on August 21, 2012. Maureen continued hosting a few of her great-grandchildren after school for Skip-bo. She loaded them up with laughs and treats! She also loved knitting afghans for her family and for new brides. Maureen moved to Prairie View Manor in Sanborn on March 10, 2015 and lived there until her death on April 19, 2020. She really enjoyed her years there and continued her Sunday coffee tradition.

Maureen enjoyed being an active member of the Sanborn Christian Reformed Church where she enjoyed her Tuesday afternoon Bible Study. She will be remembered by her church family for her English accent (which she didn’t have if you asked her) and her love of HOT tea. The children also knew she kept a stash of Smarties and Wilhelmina peppermints in her purse. She was known as “little” Grandma which made her giggle!

She was preceded in death by her parents, Frederick and Francis Smith; her husbands: Art De Vos and John Prins; several in-laws; and two grandsons: Darren and Todd.

Should you wish to send condolences to the family:

Share Your Memory of
Maureen
Upload Your Memory View All Memories
Be the first to upload a memory!
Share A Memory