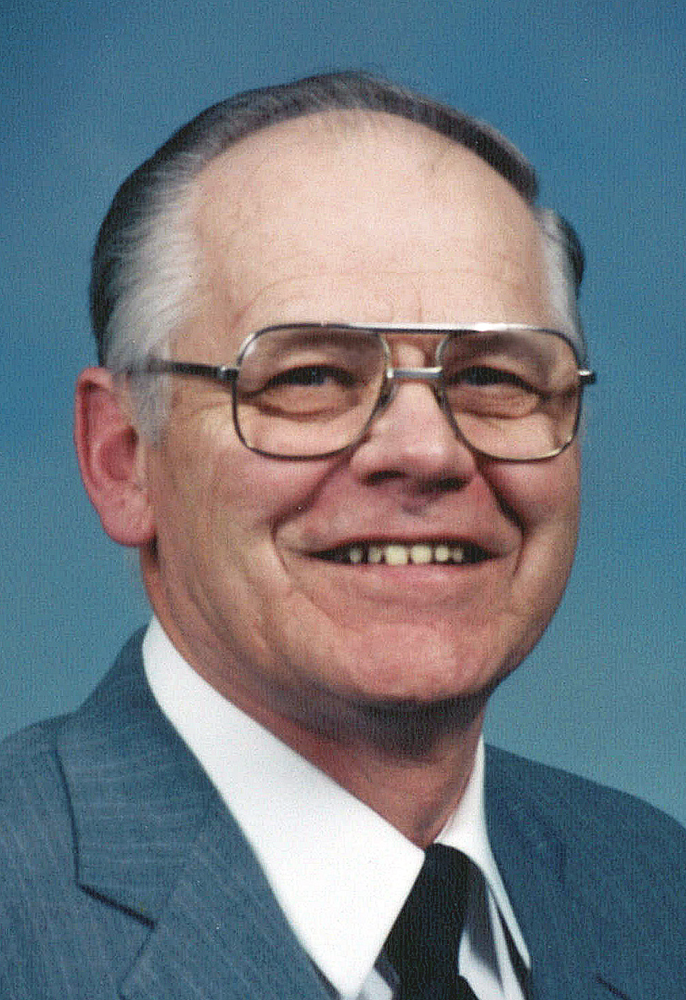 Please share a memory of Cletes to include in a keepsake book for family and friends.
View Tribute Book
A Private Family Graveside Service will take place for Cletes Meyer who passed away Sunday, April 5, 2020. In accordance with the state guidelines regarding COVID-19, a CELEBRATION OF LIFE service will be held at a later date. Thank You Cletes Clarence Meyer, son of Ernest and Elsie Meyer was born December 15, 1926 in Omega Township (near Hartley/Moneta). He lived his youth in the area, attending school and graduating from Moneta High School. He loved playing baseball for his Moneta high school team, achieving 2nd place at state one season. He also loved music and playing the saxophone in school and in the service. After High School he joined the army where he served in the Aleutian Islands in Alaska as Clerk typist. On May 20, 1950, Cletes was united in marriage to Betty Alice (Roetman) Meyer at the Lake Park Methodist Church. The couple made their home in Spencer, IA while Cletes worked for Nesbitts Bottling Co. They then moved to Webb, IA and were able to start farming with the help of an uncle. They then moved the family to a farm northeast of Hartley, IA in 1961 where they farmed and raised their three children: Cindy, Stan and Russell. They moved to town in 1969. Cletes also enjoyed working throughout his life at several manufacturing companies; McQuays in Spirit Lake, Spencer Packing Plant in Hartley, Eaton Corp in Spencer and Brown Mfg. in Hartley. Cletes also enjoyed going to his acreage in Hartley; where he raised chickens, ducks, and geese. He greatly enjoyed the outdoors and gardening where he grew corn and won "tallest corn" for many years at Clay County Fair. He also gardened a variety of vegetables and fruit trees with his wife, Betty, at the acreage and also at their home in town. He was a longtime member of Hartley American Legion Post 288. He passed away at the Hartley Community Memorial Health Center in Hartley on Sunday, April 5, 2020 at the age of 93 years. Left to cherish his memory are his children and their spouses: Cynthia (David) Hennings, Stanley (Julia) Meyer, and Russell (Darla) Meyer all of Hartley; five grandchildren: Lindsay Meyer, Cody Meyer, Dan Meyer and special friend Sydney Elbert, Tim Meyer, Pam (Jermaine) Hickey; two great-grandchildren: Elijah and Eden Hickey; one brother, Cleber (Marlys) Meyer, of Superior, NE; one sister, Clysta (Elmer) Gealow of Marshalltown, IA; other relatives and many friends. Preceding him in death was his wife, Betty Meyer, and his parents, Ernie and Elsie Meyer.

Share Your Memory of
Cletes
Upload Your Memory View All Memories
Be the first to upload a memory!
Share A Memory