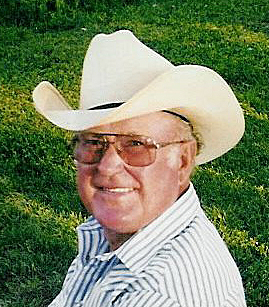 Roseland Cemetery
Hwy 18 West
Sanborn, Iowa, United States
Due to the Corona virus guidelines from the Governor of the State of Iowa, a private family graveside service will take place on Monday, March 23, 2020 at Roseland Cemetery near Sanborn, IA. Thank you for your understanding.

Please share a memory of Delmer to include in a keepsake book for family and friends.
View Tribute Book
Delmer Eugene “Gene” Fulk was born November 11, 1930 in Texas County, MO, near Cabool. His parents were Bertha Fulk and the late Garland Salisbury. Gene spent most of his early years with his grandparents, Sam and Cornelia Fulk and Jim and Elizabeth Salisbury. Along with the help and guidance of lots of aunts and uncles, he grew up learning about nature and all the fun things there were to do for a boy in the woods of Missouri. He went to school when he was told to but preferred to spend his days running through the hills with his dog. When he became old enough to drive, Gene struck out on his own, ending up in Des Moines, IA where he happened to meet Lee Getting from Sanborn, IA. After getting to know one another, Lee offered Gene a job on his farm back at Sanborn. The early years with the Gettings proved educational as well as rewarding. Being willing and industrious, Gene worked a variety of jobs making new friends and acquaintances with every opportunity… then there was this pretty, young gal who lived down the road. Her name was Jean Dekker. Since she was five years younger than he and still going to school, Gene decided to join the U.S. Marines and wait for her to graduate. He served his country from 1952 until January of 1954 when he was honorably discharged. Returning to Sanborn, he and Jean were united in marriage on November 14, 1954 at the Presbyterian Church in Sanborn. Gene began farming with Jean’s father - milking cows and raising beef cattle, hogs and chickens. Eventually, he was managing his own set-up, working hard to improve and grow his operation. He was also a cattle buyer for a number of years with Clark Cattle Company out of Sioux City, Spencer Pack and Hospers Packing Co., all in Iowa. Another avocation of Gene’s was breeding and training Black Labradors. For several years, he sold dogs across the United States, doing field trials with a National Grand Champion in 1957. Together he and Jean tended a big vegetable garden every year, canning and freezing the produce to enjoy the following year. If he could get caught up for an afternoon or evening, Gene loved to go hunting or fishing; something he passed down to his son and grandkids alike. He and Jean both enjoyed their grandchildren – watching them change and grow. Gene lost his wonderful wife and partner in September of 2005. He continued to live on their farm and care for the apple trees, vegetable gardens and his free-range chickens. He would preserve or use what he needed and then generously share the remainder with family, Nursing Homes, and friends. He even tried his hand at pie-making! Although his goal was to make a better pie than Jeanie, some say he missed the mark, yet no one ever turned down an apple pie when one was offered. Gene attended the First Presbyterian Church in Sanborn and valued the friendships created there over the years. He always counted himself fortunate to be able to see his great-grandchildren, and to still wake up in the mornings on the farm he and Jeanie had built together. After a short stay at Ava’s Hospice House in Sioux Falls, SD, Gene passed from this life on Tuesday, March 17, 2020 at the age of 89 years. Preceding him in death were his wife, Jean; son-in-law, Brad Huisenga; his parents; brother, Lee Brook; and sister, Faye. Gene is survived by his children: Diann Huisenga of Tea, SD, Dale (Jean) Fulk of Primghar, IA, and Denise (Ed) Reck of Rock Rapids, IA; six grandchildren: Tracy (Jamin) Breuer, Katie (Matt) Smith, Nikki (Ben) Arentson, Kristi Fulk, Lindsi Fulk, and Mitchel Fulk; seven great-grandchildren: Abby and Kallie Breuer, Miles and Grace Smith, Tatum, Dax, and Kirby Arentson; sisters: Betty (Loye) Bryan of Willow Springs, MO, and Freda Bowman of Parma, ID; brother, Dean (Ruth) Peabody of Fruitland, ID; sister-in-law, Alice Brook of Willow Springs, MO; other relatives and friends. DUE TO THE CURRENT HEALTH GUIDELINES: We are posting the addresses of Gene's children in the event you wish to contact them and express your condolences. DALE & JEAN FULK: 160 Metcalf Avenue Primghar, IA 51245 DIANN HUISENGA: 540 Jesse Ct. Tea, SD 57064 DENISE & ED RECK: 1014 South Tama Rock Rapids, IA 51246

Share Your Memory of
Delmer
Upload Your Memory View All Memories
Be the first to upload a memory!
Share A Memory