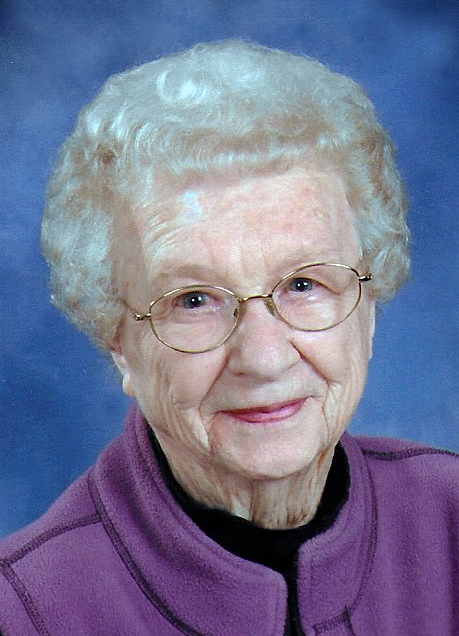 9:00 am - 10:30 am
American Lutheran Church
352 Center Street
Melvin, Iowa, United States
Family will be present during this time.

Please share a memory of Elsie to include in a keepsake book for family and friends.
View Tribute Book
Elsie Marie Kuehl, oldest child of Ernest and Grace (Ford) Strubbe was born April 16, 1925 on the Strubbe family farm southeast of Melvin, IA. She and her three siblings spent their youth in the Melvin area with grandparents, aunts, uncles, and cousins close by. Elsie’s childhood took on a more responsible role when her mother died in 1936, leaving her and her father to manage the farm and care for three young children. Elsie herself was only 12 years old. She continued attending country school, graduating from Melvin High School with the class of 1942. The next year, she spent working at a factory in California assembling bomber fuel tanks during WWII. On February 24, 1947, Elsie was united in marriage to Allen E. Kuehl at the American Lutheran Church in Melvin. The couple began their life together on a farm 1½ miles south of Melvin, becoming the parents of three children: David, Diane, and Lynette. After her father’s death in 1959, Allen and Elsie purchased the Strubbe family farm 2 east and 1¾ miles south of Melvin, making them the 3rd generation to work that land. Elsie was always thankful to have been among the stewards when it was declared a Century Farm in 2009. Along with the daily chores of a farm wife, Elsie tended a big vegetable garden and an even bigger flower garden! She was always involved in her kids’ school activities and ready to help out if a “Mom” was needed. She and Allen both enjoyed league bowling and card club, and served as Republican Chairpersons for Osceola County. Having learned about cooking and managing a household at such a young age, Elsie was sort of an “expert” on the subject by the time her two daughters were old enough to help around the house. She taught them about cooking, sewing, and candy making – something she always loved to do. She also shared her talents by volunteering as a 4-H Leader for the Baker Belles out of Melvin for several years; many young girls benefited from her kind guidance. All her hands-on knowledge and experience earned her the honor of becoming a Master Farm Homemaker. Elsie was a life-long member of the American Lutheran Church in Melvin where she was baptized, confirmed, and married. She participated in all church-related events, taught Sunday School and Bible School, helped sew quilts for missions and belonged to the ALCW Circle, serving in different capacities through the years. In 1989, Allen and Elsie left the farm and moved into their new home in Melvin. They enjoyed many good times with friends and always looked forward to visits from their kids and grandchildren who were the light of her life. Following Allen’s death in 1991, Elsie remained in their home until relocating to Heartwood Heights in Sibley, IA. In 2018, she became a resident of Country View Manor, also in Sibley, where she passed away on Sunday, February 23, 2020 at the age of 94 years. Keeping Elsie’s memory close at heart are her children: David (Arlene) Kuehl of Sibley, IA, Diane (Jim) Lechman of St. Croix Falls, WI, Lynette (Mike) Doyle of Council Bluffs, IA; 6 grandchildren: Anne, Ross, Matt, Jeremy, Mindy, and Katie; 12 great-grandchildren; sister-in-law, Helen Strubbe of Sanborn, IA; other relatives and many dear friends who made her life complete. She is once again reunited with her parents; her husband, Allen; sister, Elaine (David) Mikkelson; and two brothers: Glenn and Elmer Strubbe.

Share Your Memory of
Elsie
Upload Your Memory View All Memories
Be the first to upload a memory!
Share A Memory